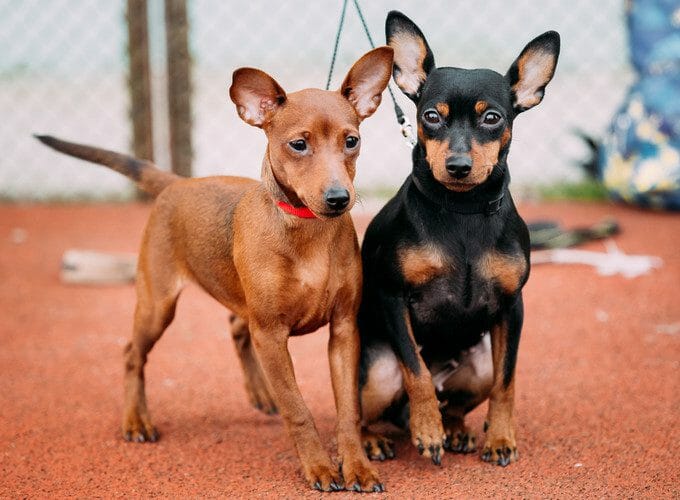 Affectionately known as the “King of the Toys,” the Miniature Pinscher  (also called the Mini Pin or simply Min Pin) is a small breed of dog originating from Germany. Also known as Zwergpinscher, there is a common misconception that the breed is a Miniature Doberman Pinscher. This notion stems from the American Kennel Club’s assertion that the Min Pin should appear to be a Doberman in miniature.

However, Miniature Pinschers predate the establishment of the Doberman breed by more than 200 years. Min Pins were originally used to chase vermin on German farms. It is believed that the dogs originate from the crossing several of several breeds, including:

When combined, this mix created a small, fearless, and spirited dog. While initially popular in Germany and Scandinavia, the Min Pin found its way to the United States. It was registered as a Terrier with the American Kennel Club on account of its ratting abilities.

Once the Miniature Pinscher Club of America was established in 1929, the breed was soon reclassified within the Toy breed section. Until 1972, the breed went by “Pinscher (Toy)” until they were finally given their modern name. 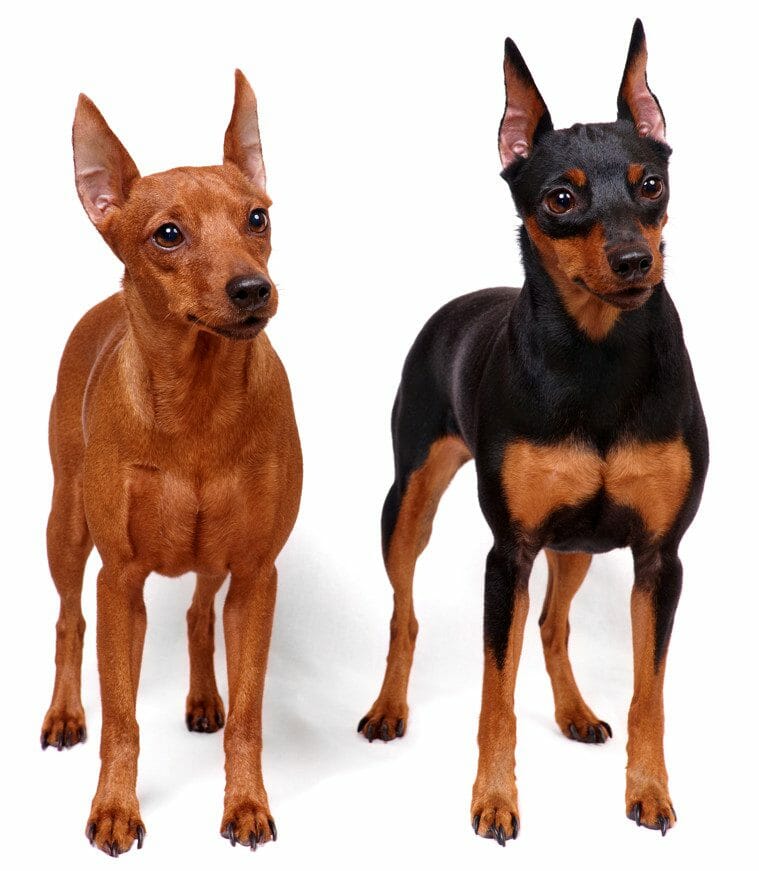 Although small, the Min Pin is no lap dog. This confident dog is curious, fearless, and ready to jump into action immediately. This makes the breed exceptional as a watchdog.

Miniature Pinscher owners need to be observant as these dogs need continual supervision. They also have the skills and commitment to escape. Therefore, it is important that any home or yard where these dogs are kept is secure. Although small, Miniature Pinschers have plenty of energy. Owners should plan for at least 45 minutes of activity a day, including walks and play.

When not investigating its surroundings, the Miniature Pinscher is loving and affectionate. Often performing tricks to keep their humans amused, these dogs know how to get attention.

Every canine’s temperament will be determined by genetics, socialization, and training. Introducing the dog to as many new people and other animals as possible will help with socialization, especially when it is still a puppy. It may also be beneficial to attend training classes. Providing positive reinforcement training in an environment alongside other dogs helps set expectations while improving social skills. 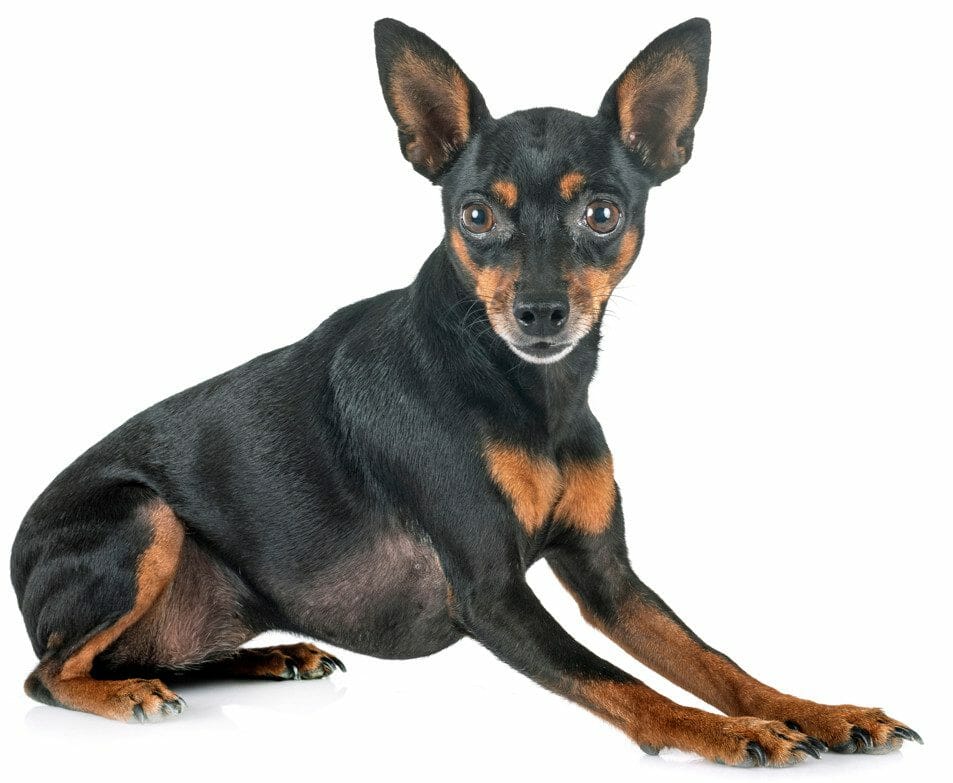 The average Miniature Pinscher size is between 10 and 12.5 inches tall, with its length matching its height. However, females are typically slightly longer. Well-balanced, compact, and sturdy, the smooth-coated Mini Pin appears well-groomed naturally.

The short single coat is available in several colors, including:

In the show ring, there are strict guidelines surrounding which colors can be shown. The American Kennel Club (AKC) specifies that only the following colors are permitted:

In Germany, the standard for showing is determined by the Pinscher-Schnauzer Club. The same restrictions on color apply. In the United Kingdom, blue with rust points is permissible. Dogs that have either a black spot on their points or white spots measuring more than half an inch are disqualified from showing under most standards. The merle Miniature Pinscher is not permitted.

The Miniature Pinscher’s straight legs should not bend in or out. Although many owners in the United States favor docked tails and cropped ears, this practice is illegal in many other countries. In addition, the AKC no longer specifies this as a requirement for shows. Occasionally, Mini Pins have ears that are naturally erect. 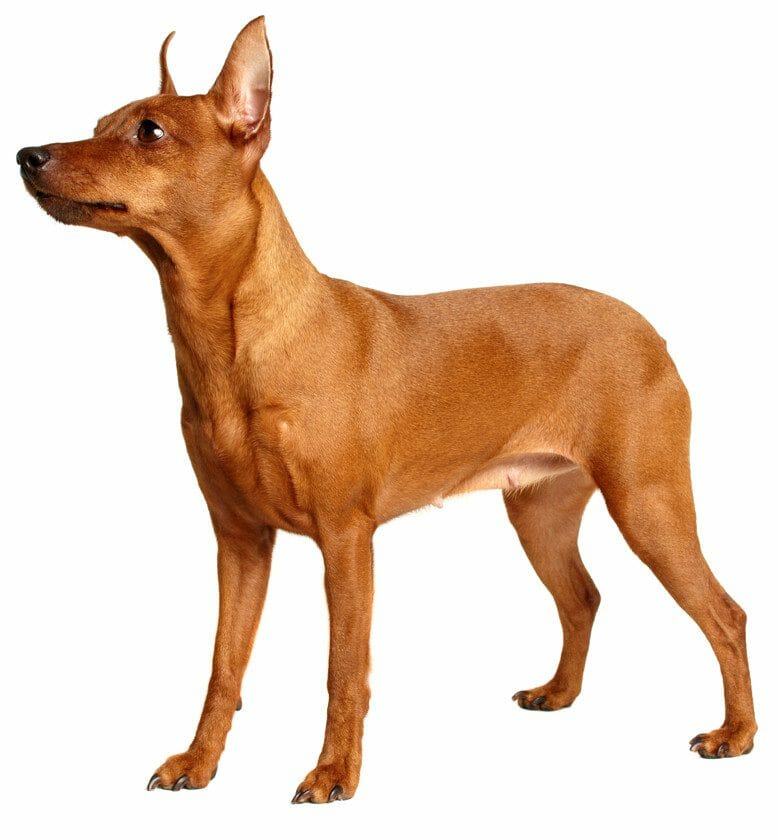 Although Miniature Pinschers are typically healthy, owners should be aware of several genetic health concerns that could affect their dogs, including a luxating patella, Legg-Calve-Perthes disease, Progressive Retinal Atrophy (PRA), and Mucopolysaccharidosis VI. Regular checkups with a veterinarian will ensure any potential issues are identified early to achieve the best prognosis. 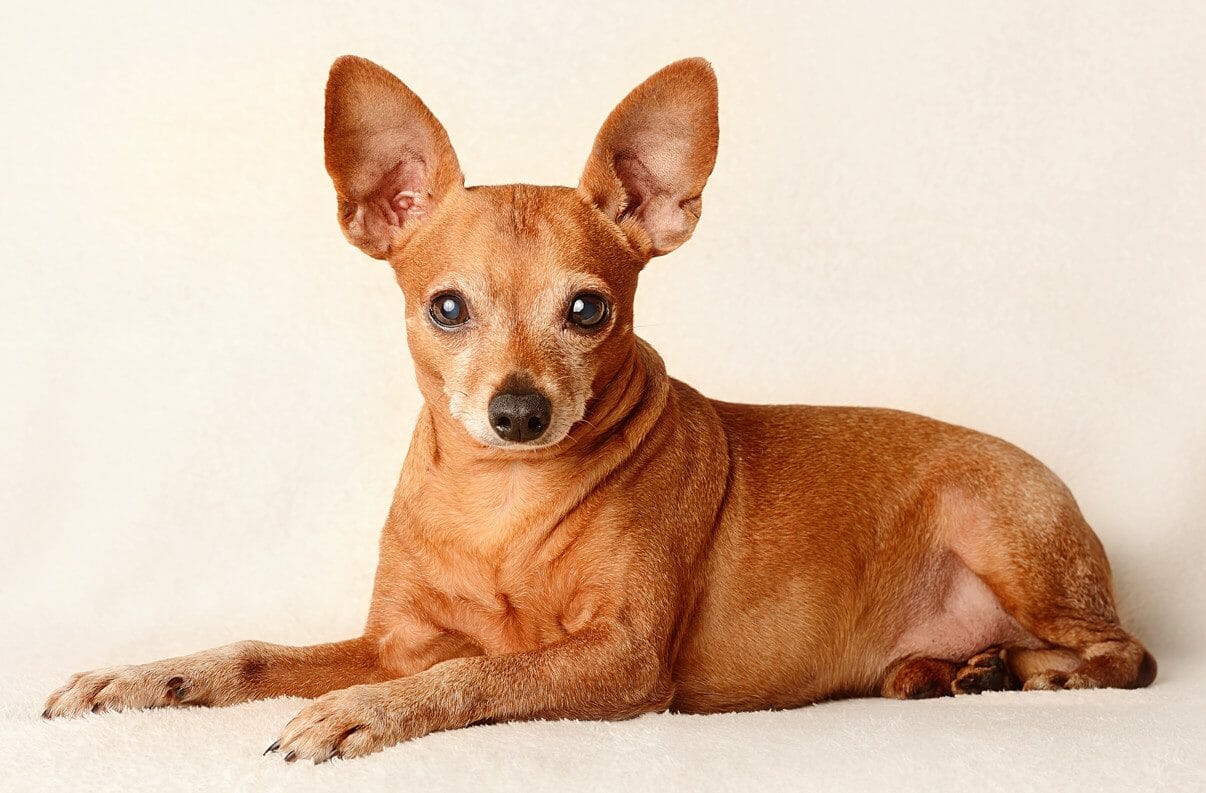 A healthy Min Pin can expect to live for between 12 and 16 years. It is important to ensure the dog has a healthy diet and plenty of exercise. In addition, BarkWiki recommends regular check-ups with a veterinarian and providing all recommendation dog vaccinations, such as those for rabies and parvo. Providing preventive medication for heartworm, fleas, and ticks are also recommended. These types of medications help to protect against illnesses such as Lyme Disease.

Before looking for a Miniature Pinscher for sale, always explore the possibility of adopting a dog. Investigating the options at animal rescues and shelters will not only reduce costs, but it will also ensure a dog in need goes to a good home. When choosing a rescue center, always pick a no-kill shelter.