What Are Cataracts in Dogs Eyes?

Just like a human eye, a dog’s eye is made up of cones, rods, lenses, corneas, and pupils. Although a dog does not see things the same as a human, it can be affected by a range of conditions that also affect human eyes. As such, cataracts in dogs can be a concern.

Cataracts occur as a dog ages and will show as a clouding of the lens that prevents light from entering the eye. The eye of the dog contains proteins and water. When the protein starts to clump together, it creates a cloudy substance that covers the lens.

Sometimes a cataract will start off relatively small. However, as the proteins build up, the entire lens can become completely clouded. In other cases, a cataract may appear overnight. Cataracts do not cause any discomfort for the animal and can sometimes be treated with surgery. 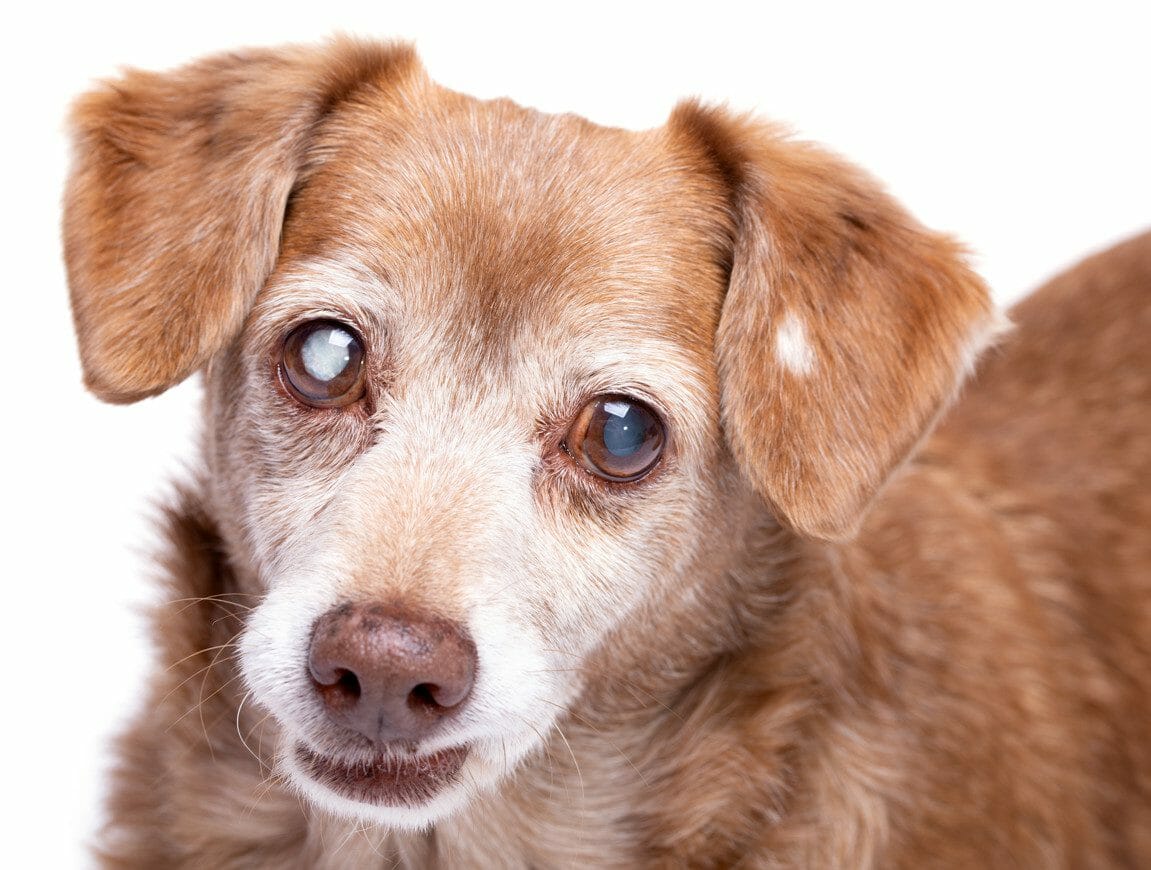 What Causes Cataracts in Dogs?

There are several causes of cataracts in dogs. For many dogs, the condition is hereditary. Certain breeds are genetically predisposed to develop cataracts, as seen below.

Owners of these breeds should be aware of the symptoms of cataracts and should visit a veterinarian if a change is detected in the dog’s eye.

Hereditary cataracts may be developmental, congenital, or senile. Developmental cataracts will often start to appear within the first year of a dog’s life. If a dog has congenital cataracts, it will be born with the condition. This type of cataract could be caused by exposure to toxins while in utero.

Late onset, or senile cataracts, affect dogs over the age of six. These cataracts do not evolve in a uniform manner. Often, one eye will progress faster than the other. Usually, the cataract will begin in the center and move out.

Injuries to the eye that cause inflammation can also lead to a dog developing cataracts. Another potential cause is diabetes mellitus. This condition affects the pancreas and causes issues with the organ’s ability to regulate blood sugar levels. When there is too much sugar present in the aqueous humor between the cornea and the lens, it can cause swelling.

When a dog has cataracts, the lens will become cloudy. Mature cataracts appear as white disks behind the iris. The area of the eye that would usually appear black will now be white.

Obtaining a professional diagnosis is essential as cataracts can easily be confused with a condition called nuclear sclerosis, which is when the lens of the eye becomes harder as the dog ages. Nuclear sclerosis will cause cloudiness in the dog’s eyes. However, it does not lead to blindness.

As a dog ages, the structure of the eye will change. If an older dog starts to develop a cloudy look in its eyes or has an underlying condition affecting the eyes, cataracts may form. Depending on the underlying cause, these cataracts may stay small or may grow. Cataracts that are caused by diabetes often expand quickly and cover the entirety of the lens.

Do Cataracts in Dogs Lead To Blindness?

The factors that affect whether a cataract will progress or remain unchanged depend on the underlying cause and the breed the dog. Different types of cataracts in dogs are described below.

How to Treat Cataracts in Dogs

Once cataracts have been diagnosed by a veterinary ophthalmologist, the best course of action will be to have them surgically removed. Successful surgery can usually restore visual impairments. There are few complications associated with the procedure, and the dog will be able to return to its normal routine after a few days.

There are currently no topical medications that slow the progression of cataracts. However, aldose reductase inhibitors (ARIs) can help in cases where diabetes is the root cause. However, ARIs are expensive and must be administered to a strict schedule to be effective. 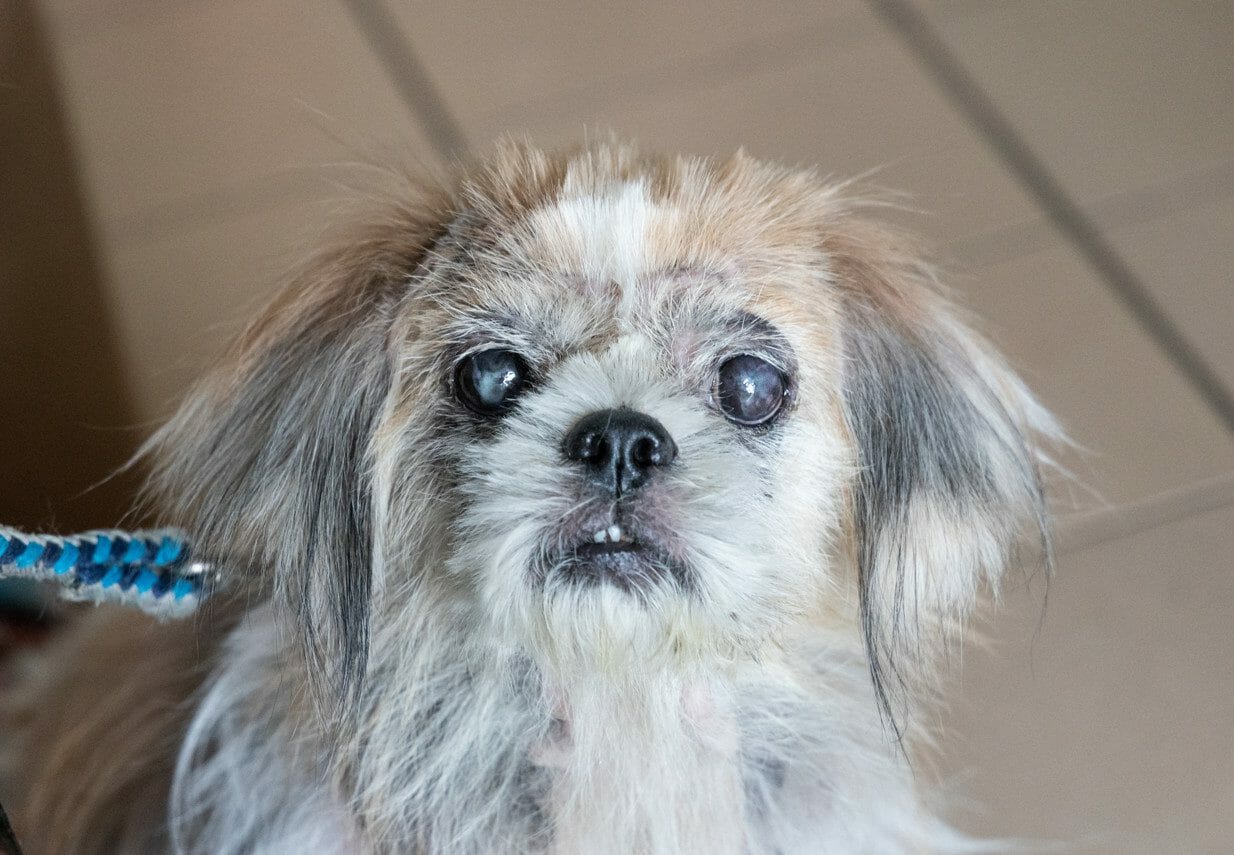 How to Prevent Cataracts in Dogs

Prevention of cataracts is not usually possible. However, dog owners can take several steps to ensure a dog retains its vision, particularly when diabetes is present.

Because cataracts are often hereditary, learning about the medical history of the dog’s parents can help.