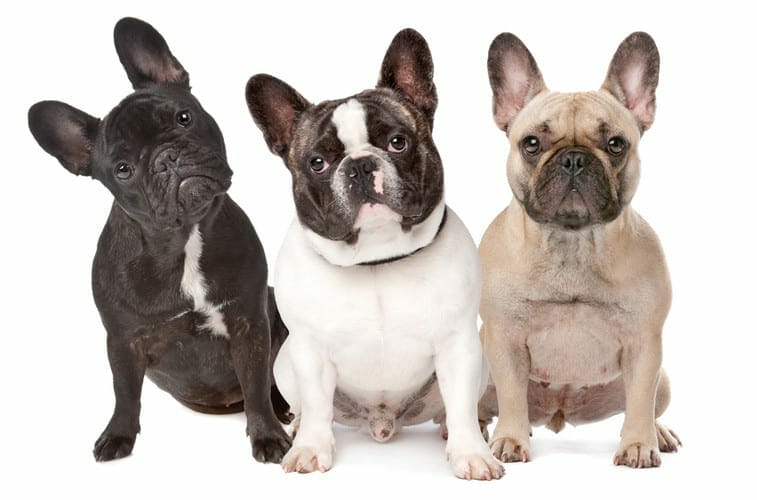 The French Bulldog, also known as the Frenchie, is a beloved breed that has stood the test of time in terms of being a well-liked and increasingly popular dog. Beginning around the time of the Industrial Revolution, this breed was developed in France. It quickly became trendy to tote around the cobblestone streets of Paris.

This breed is a direct descendent of the English Bulldog. In spite of this, the French Bulldog is claimed and treasured by the French.

Frenchies have a stout yet proportional body size. They have a square head, a short tail, and bat-like ears. Its wrinkled and flat face gives this canine its famous scrunched look. This small dog only stands between 11 and 13 inches tall in height.

In terms of weight, both sexes usually do not weigh any more than 28 pounds when they are full grown.

The French Bulldog can come in multiple colors and patterns. Below are the most common color variations seen in Frenchies:

The Frenchie coat is short, shiny, and smooth. Because their coat is so short, the grooming requirements for this canine are minimal. A few members of the breed carry the LH gene, which gives them slightly longer, fluffy hair. These fluffy French Bulldogs (also called“Fluffy Frenchies”) are hard to find but no less adorable. 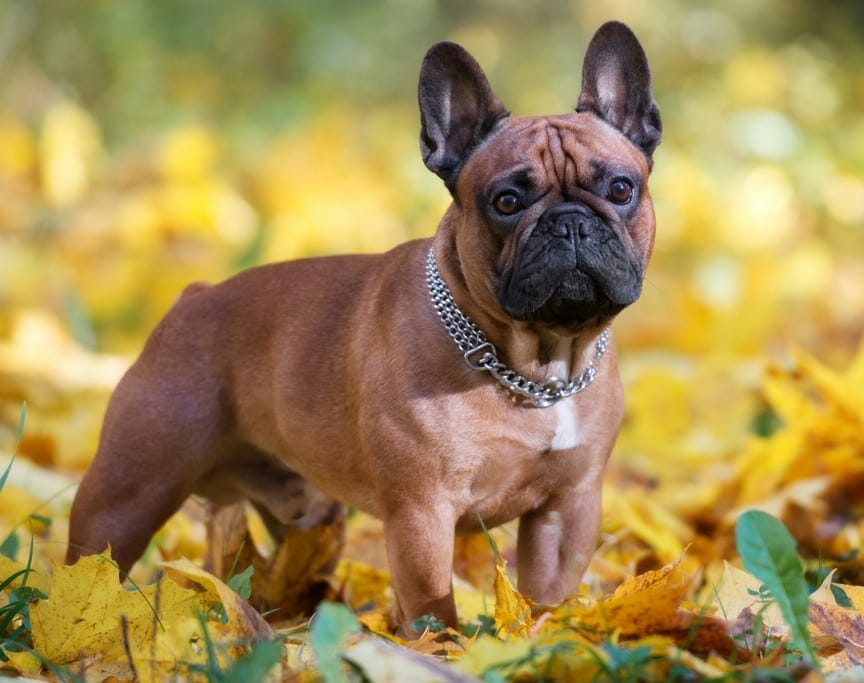 The Frenchie’s personality is good-natured and versatile. They adapt with ease to different living situations, people, and animals.

They adore any and all human affection. This makes them ideal pet for anyone, whether it be one person or a whole family. This breed does tend to hoard attention, so they may feel the need to compete with others for it.

The breed is inquisitive, as they often observe their surroundings quietly. They do not bark much unless provoked. This can make them effective watchdogs.

Even though barking is minimal, this breed snorts and snores loudly as they sleep.

Besides this, a Frenchie is a wonderful addition to any living situation. They are not overly active and often do well in small apartments. 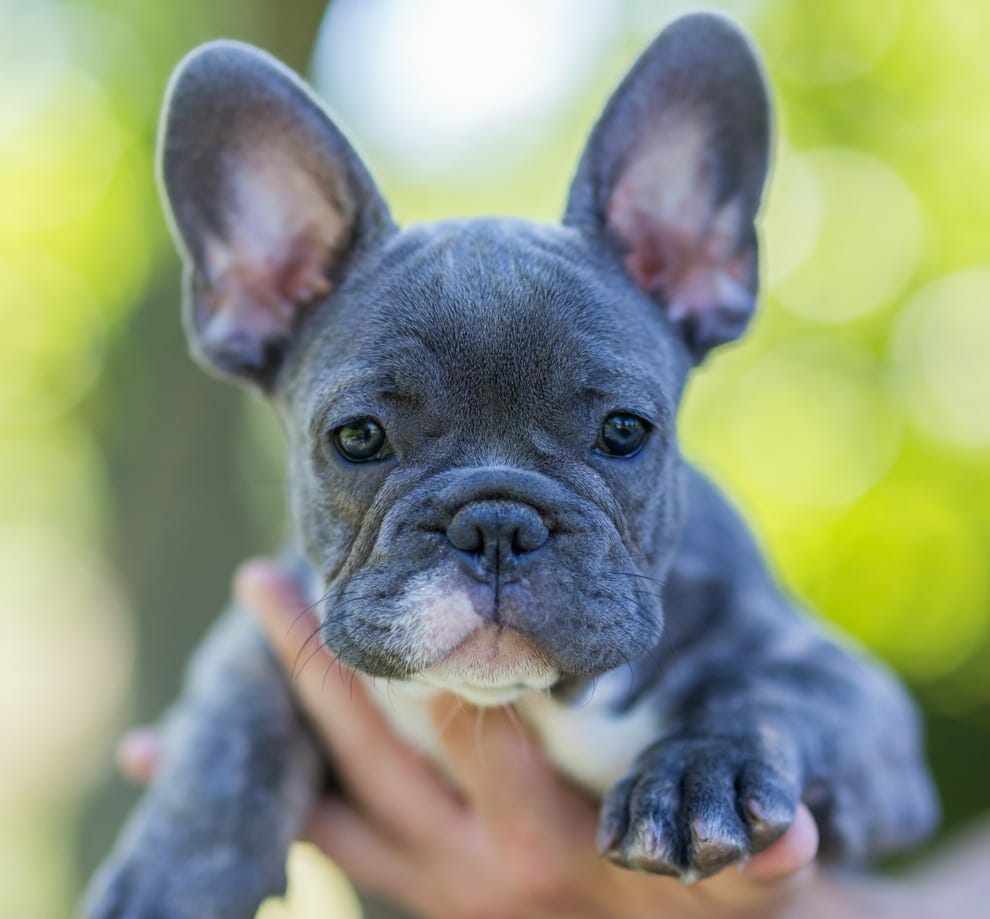 There is no denying that one of the most popular types of Frenchie is what is known as the Teacup French Bulldog. These tiny dogs are cuddly, adorable, and extremely popular. Teacup versions are made by reproducing from the tiniest dogs of that specific breed.

Although Teacup French Bulldogs come off as picture perfect pups, buyers should beware of the unfortunate health issues associated with these mini canines.

Dogs that are purposefully bred to be smaller than they are intended to be are prone to various health issues. The joints of the body are what are most adversely affected. Teacup dogs usually struggle to walk properly due to their delicate bone structure. Even more, they sometimes do not have the energy they need to maintain normal activity levels. 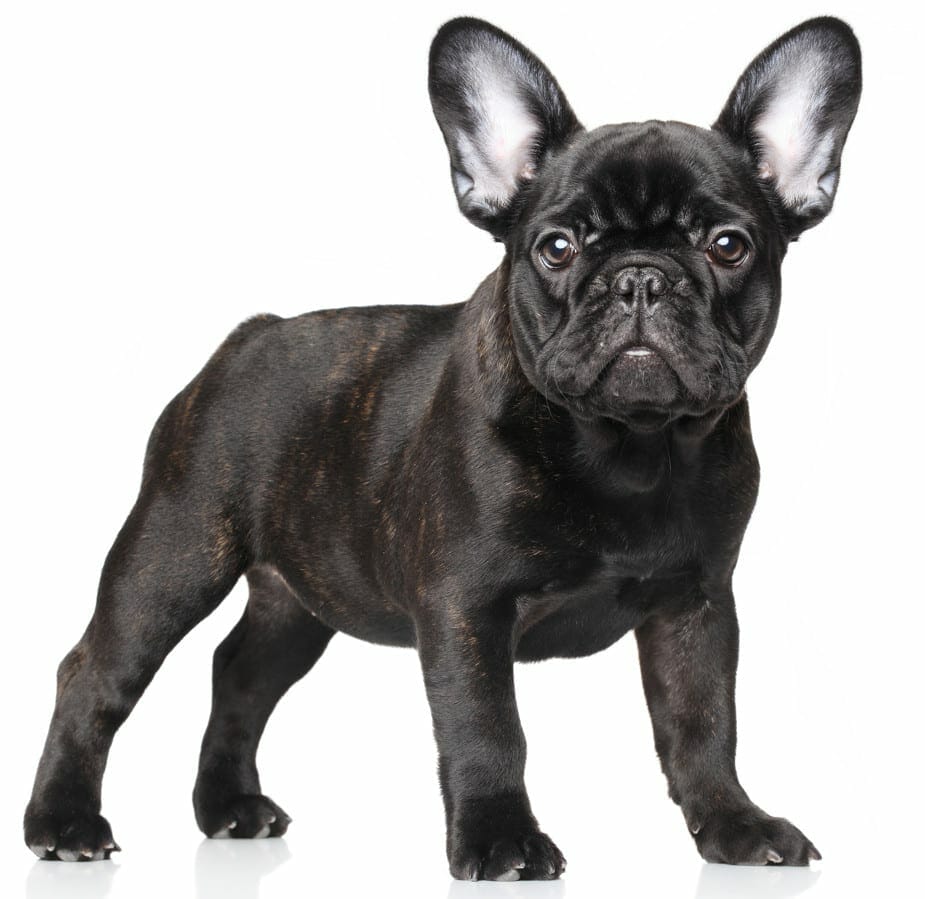 Below are some of the common mixes of French Bulldogs:

Mixed breeds can certainly be rare to track down. Mixed dogs should always be thoroughly researched before being purchased from a reputable breeder. Every mix has specific health problems that the breeder should fully disclose to the potential owner. 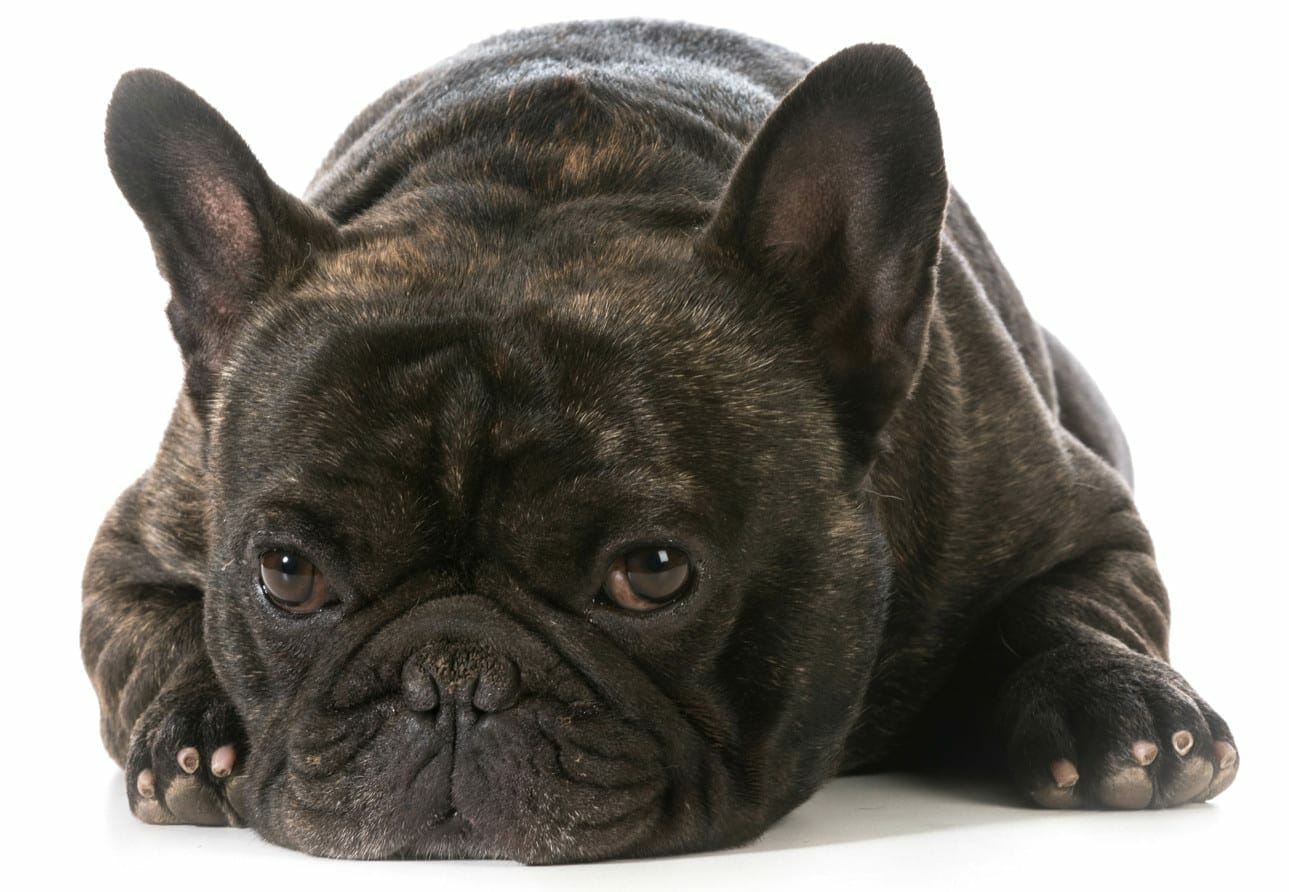 It is not uncommon for people to mix up a Frenchie with a Boston Terrier as both dogs are strikingly similar in appearance. This is most likely due to the fact they both have a common ancestor in the English Bulldog.

Both breeds have similar personalities, features, and sizes. They also have the same flat face, pointy ears, and short fur. Although there are minor differences in how they look, it can certainly be hard to tell them apart.

Rather than purchasing a Frenchie from a breeder, some prospective Frenchie owners look to rescues for adoption. Luckily, there are some wonderful rescue outreaches that have these types of dogs for sale. Whether one is searching for an adult or baby Frenchie, the following rescues specialize in finding a good home for Frenchie’s:

These are all ideal places to start if one is looking to adopt a Frenchie of one’s own.

Due to the fact that Frenchies hardly shed, not much grooming is needed. However, because of the many wrinkles that riddle its face, these folds need to be cleaned thoroughly every week.

Besides this, the standard cleaning of its ears and trimming of its nails is needed. Special care should be taken to ensure parasites (such as ear mites) do not make a home in its ears or eye area by keeping these areas clean.

One aspect of this breed that may be attractive to some, especially those living in cities or close quarters, is that they do not require extensive exercise. A long walk every few days is beneficial to keep it in good health. Frenchies are also known to love agility or obedience training games.

There are two things that owners should be aware of. First, Frenchie’s can struggle to breathe due to their small noses. Because of this, they should be given plenty of time to catch their breath if exercising.

Second, French Bulldogs cannot swim. Their small legs and body structure make swimming impossible. Extreme caution should be taken never to allow them alone in a bathtub or around a pool.

As with all dogs, high quality food should be given to Frenchie’s. This breed maintains a propensity to obesity, so food and treats should be administered carefully.

In spite of the health problems associated with this breed, French Bulldogs are known to have decent lifespans of up to 12 years.

Potential owners should be well aware of these issues in this breed. Any questions concerning the breed should be directed to the dog’s personal vet.

BarkWiki adds more dog health issues and breeds each week, so check back for additional content all the time, as well as checking out our social media posts on Facebook, Instagram, Pinterest and Twitter to see the cute dog photo entries owners submit on our site everyday!