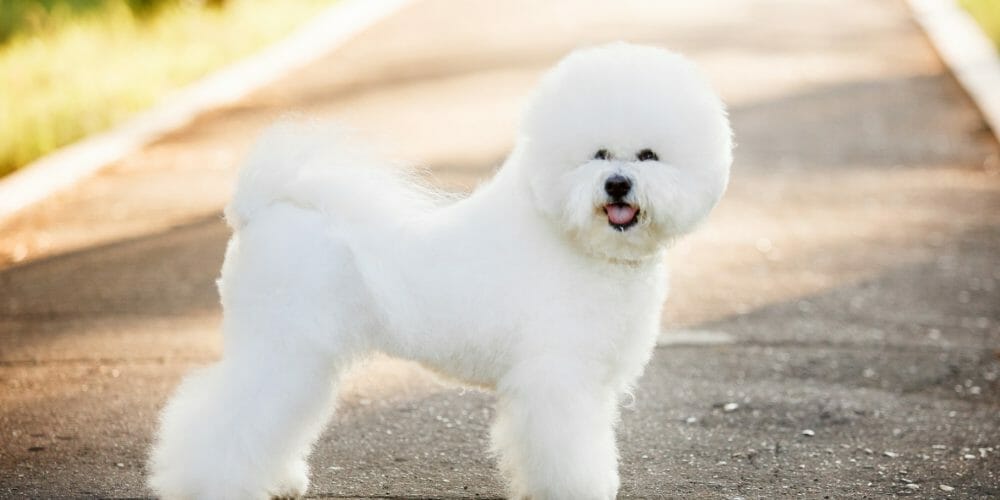 Origin of the Bichon

One breed that has truly stood the test of time is none other than the Bichon Frise. This puffy, merry little dog that has been stealing hearts since the 1200s in medieval Europe.

Though they were later claimed by the French, this breed was seen in its earliest stages around the Canary Islands, which is an archipelago off the coast of Spain. As a member of the Barbichon family of canines, this breed was touted by royals such as King Henry III of England, as well as in royal courts in France and Spain.

This breed faced trying times during the French Revolution and the world wars, often fluctuating in popularity. However, the Bichon Frise continues to display its resiliency as a breed by always coming to charm whoever it meets.

Does a Bichon Frise Shed?

For those suffering from incessant allergies around dogs, this breed is an ideal option. A hypoallergenic breed tends to produce much less dander than others. Therefore, since there are fewer allergens floating in the air, a normal allergic reaction to pet dander will be mild at most. 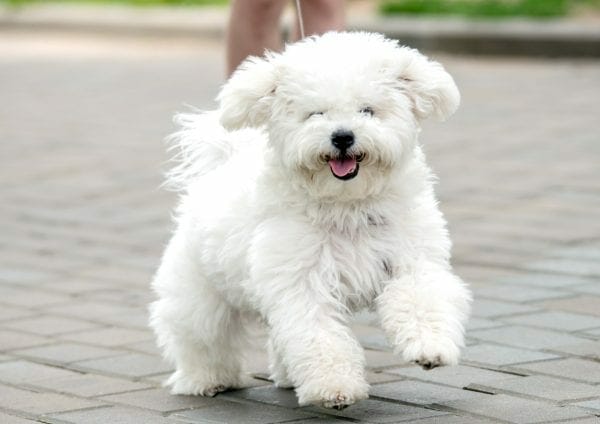 Most of the hair that is shed by this breed tends to get mixed up in its undercoat. Because of this, this dog needs to be brushed at least twice weekly, if not more. This will keep tangles and matting at bay.

The Bichon’s fur possesses a uniquely rounded shape that needs to be trimmed up and kept tidy. Unless the owner knows how, it is recommended this dog be taken every 4 to 6 weeks for professional grooming, bathing, and trimming. This will keep its fur luxuriously plush and healthy.

Besides its ultra-cottony coat, this breed is well-proportioned. It has dangling ears and a feathery tail. Its dark eyes and nose stick out in the cloud of white surrounding their face. This breed certainly has a curious yet lovable look to them.

There is no hiding the fact that this sturdy breed is full and fluffy. Known for their powder-puff coat type, this breed possesses a light, curly outer coat that lays over their thick undercoat. This gives their coat a light and airy appearance.

Bichon Frise hair colors may contain shades of apricot, brown, and cream. However, the overall coat color will always be a snowy white.

In terms of the average litter size of this breed, Bichons see about 4 to 6 puppies per litter.

As for their median weight, this dog can weigh between 10 and 18 pounds, and stand between 9.5 and 12 inches in height.

Though this breed carries predispositions for various medical conditions, these little dogs are known to possess longevity. Most Bichons have lifespans of up to 15 years if taken care of properly.

In every way, this is a wonderfully cheerful companion to families and animals alike–known to be quite playful and always being up for games. They live blissfully, often assuming that every person or animal they come across is just another friend to be had.

On the other hand, they are also has an independent and smart side to it. Although this dog keeps barking to a minimum, Bichons can be ideal watchdogs due to their alert nature.

While this dog loves playtime and running around, they often do well in small living spaces, such as apartments. This is because the little dog is not only quiet and well-mannered, but it is quite small in size.

Additionally, because this small dog adores human company, it often does not like being left alone for long. Bichon Frise’s have a tendency to resort to chewing things if left alone often.

In sum, the Bichon Frise is full of life and is sure to bring smiles to all in its presence. 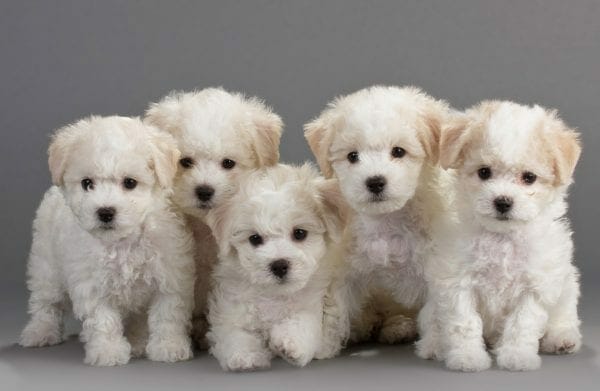 No matter the breed, it is always recommended to save a rescue dog or adopt from a no-kill shelter rather than buying one from a pet store. There are countless Bichon Frise dogs in shelters across America as well as Bichon Frise rescues.

Dogs currently in shelters are desperate for a family to love and to be loved in return. Sadly, many shelters around the country euthanize perfectly healthy animals that are not adopted. If anything, this should be an incentive to adopt, not shop.

Even more, one major aspect to consider is cost to buy one versus rescue at shelters who euthanize them. Adopting from a no-kill shelter or dog rescue is astronomically cheaper than buying from a pet store.

Also check out PetFinder to see if they have a Bichon Frise up for adoption near you.

How to Care for a Bichon Frise

Besides their grooming needs, this pup usually requires an average amount of maintenance in other areas.

It is recommended that this dog gets between 20 and 40 minutes of physical exercise each day, which is quite low for dogs in general. This is a pro for many potential owners that live in apartments or small houses, however.

One of the best ways to get the Bichon Frise to exercise is through playtime or training. These award-winning show dogs thrive on learning tricks and undergoing fun training exercises that deal with agility or obedience.

Similar to most dog breeds, this one requires a diet of quality food. Because the Bichon Frise does not exercise as much as others, care should be taken in not allowing it to overeat and gain too much weight. Treats should be reserved for training rewards. 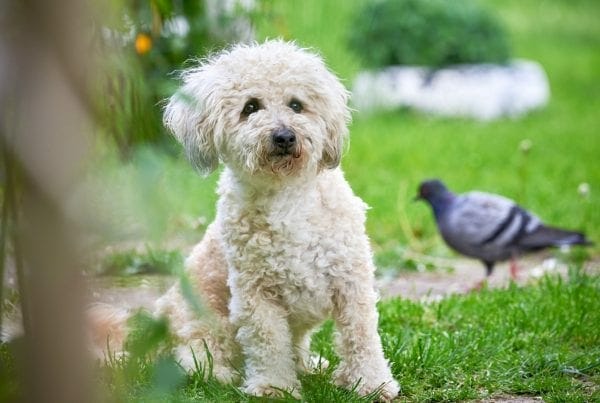 While the Bichon Frise is healthy overall, there are some specific health issues of which these dogs see frequent diagnoses.

The American Kennel Association states that Bichon Frises should receive testing of their eyes, hips, and joints during life.

Below are the common health issues seen:

Bichon Frise dogs should be seen routinely by a board-certified veterinarian. If any health concerns arise, make the dog’s veterinarian aware as soon as possible.