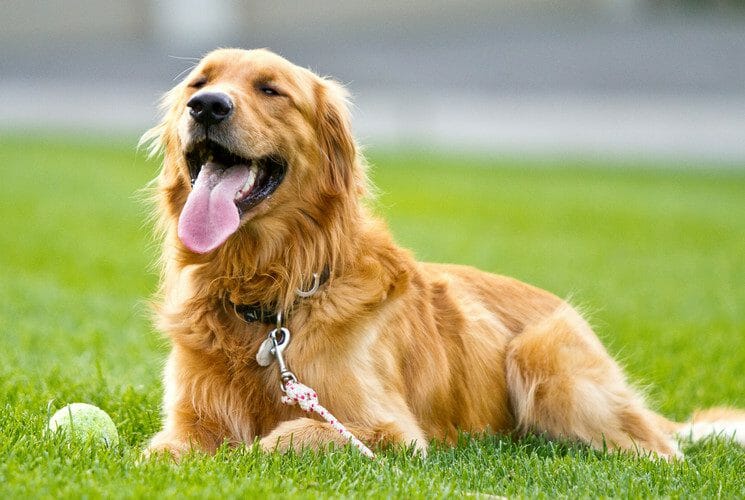 The Golden Retriever is truly one of a kind. Its personality, appearance, and popularity throughout the years remain unmatched. First developed in the highlands of Scotland during the mid-19th century as a bird hunting dog, the Golden Retriever has since gone on to be an award-winning show dog, a star in movies, and one of the most beloved breeds in American history.

The Golden Retriever breed has consistently been crowned by the American Kennel Club as one of the top 5 dog breeds, and for good reason. This gentle canine, which is known for its good-natured personality, remains a loyal companion to felines, children, seniors, and disabled people across the world.

The Golden Retriever breed belongs to the Sporting Group. Characterized as a large dog, the males may be up to 75 pounds in weight and grow to be about 25 inches in height while the females are only slightly smaller than this. Golden Retrievers continue to be used far and wide in dog shows, hunting excursions, therapy, tracking, and police forces. 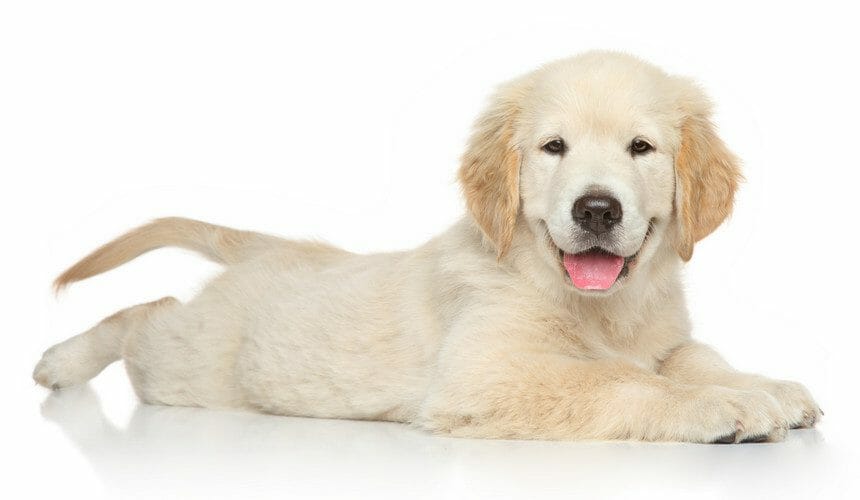 Golden Retrievers are not only known for its sweet, friendly appearance but also for its stunning coat of shimmering golden yellow color. Golden Retrievers have a well-proportioned body that is both sturdy and strong. It features short dangling ears, a broad head, and a prominent black nose. Its dark eyes are both endearing and friendly. With its plumy tail wagging, this breed walks with a smooth, effortless gait.

As indicated by its name, the Golden Retriever possesses a coat that is a beautiful golden color. Although variations exist in the extent to which it is golden, these canines will always sport a coat that is a yellowish-gold color. Their medium-length coats are admired for their thick texture, which is rich, silky, and gleaming.

Here is the spectrum of slightly different shades of gold this breed can come in: 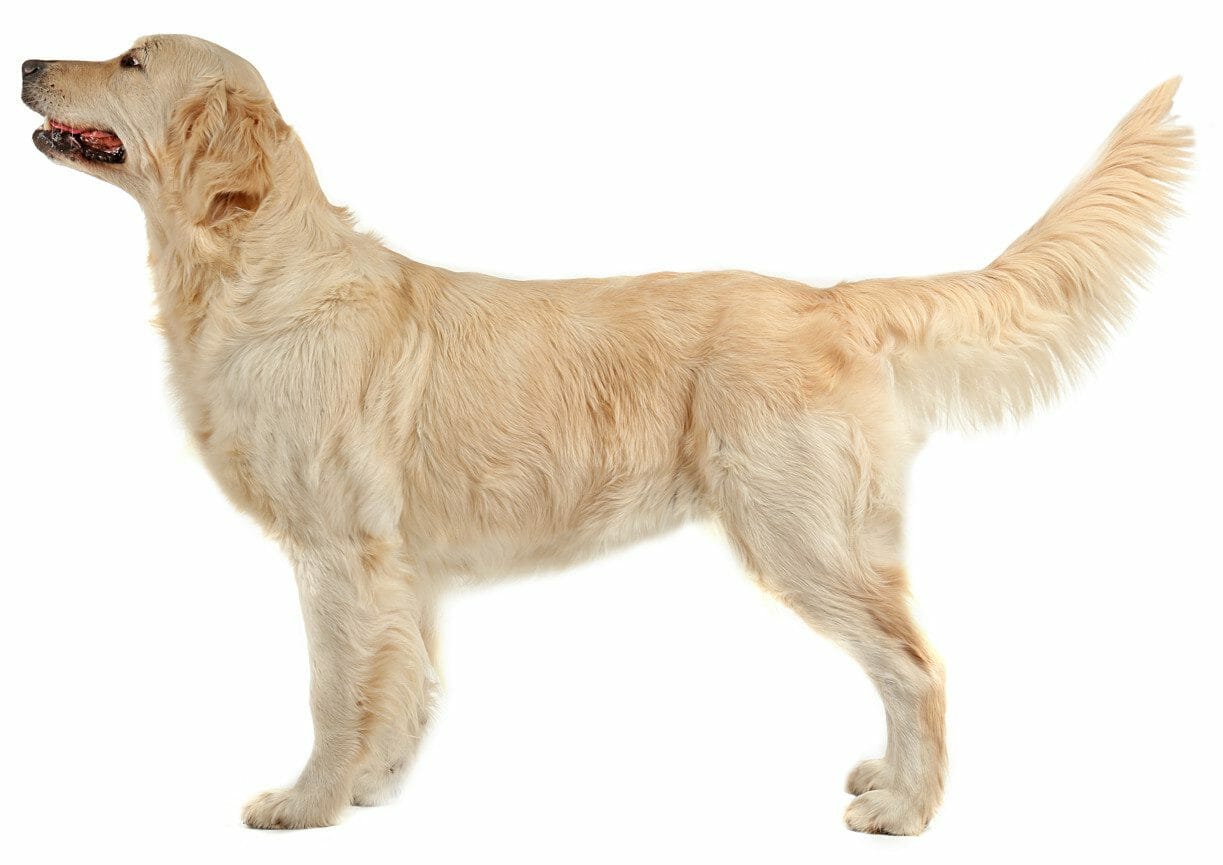 It may be fitting to state that the most attractive aspect of Golden Retrievers is their fun-loving attitude and pleasantly sweet demeanor. Golden Retrievers are known to be intensely devoted to its family and a kid-at-heart when it comes to playtime. Their versatile and welcoming nature makes them an ideal companion for people young and old.

Even more, this canine’s high energy levels and intelligence may be used for an endless variety of activities. Their innate ability to catch onto commands or training exercises make them fantastic service and show dogs.

The Golden Retriever, with its gentle and patient approach to life, works wonderfully with those that are disabled. Overall, the Golden Retriever is one dog that no one can go wrong with. Full of love and energy, this pup is often willing to do anything to bring joy to those around it. 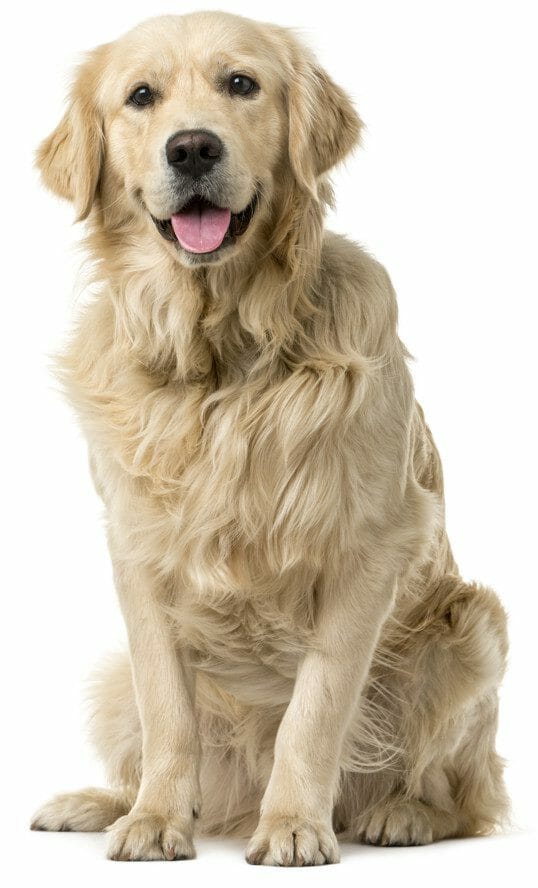 Because of its adaptable, lovable temperament and lustrous looks, this breed is often used in the fusion of hybrids. The mixes listed here are those most popular among retriever enthusiasts:

It is crucial to keep in mind that there are frequently medical issues associated with mixed dog breeds. This is not to say that hybrid breeds should be avoided, but in-depth research should be done on each mixed breed.

The same precaution should be taken when selecting a certified, reputable breeder. There are many breeders that may pass off a very sick pup to unsuspecting owners at a high price tag. For this reason, it is important to not only research the mixed breed but the breeder as well. Ensuring the breeder has a spotless, trustworthy track record will surely lead to purchasing a healthy, happy canine.

When considering purchasing any breed of dog, the best place to start would be local rescues and adoptions that uphold a no-kill standard. Supporting a shelter like this will not only reinforce the need for strict no-kill policies in shelters, but it will give a home to a sweet pup in need. Some reputable shelters and rescues for this breed type are:

Not only is it more humane to adopt from a shelter, but it is notably cheaper than buying puppies from a pet shop.

Because of the Golden Retrievers’ rather long coat, brushing is recommended at least twice weekly to keep its coat free of mats and healthy. This also helps maintain its shiny and polished appearance. This breed only sheds significantly twice per year, so brushing may also help to curb shedding.

Golden Retrievers should be fed premium low-calorie food. Feeding this breed excessively may inadvertently lead to obesity, which it is prone to. Because of this, it is recommended that giving out table scraps or treats be kept to a minimum.

Besides frequent daily exercise for this energetic breed, it is also highly advised this dog be trained in obedience and socialization. This will produce a pup with outstanding manners and an eager-to-please disposition. 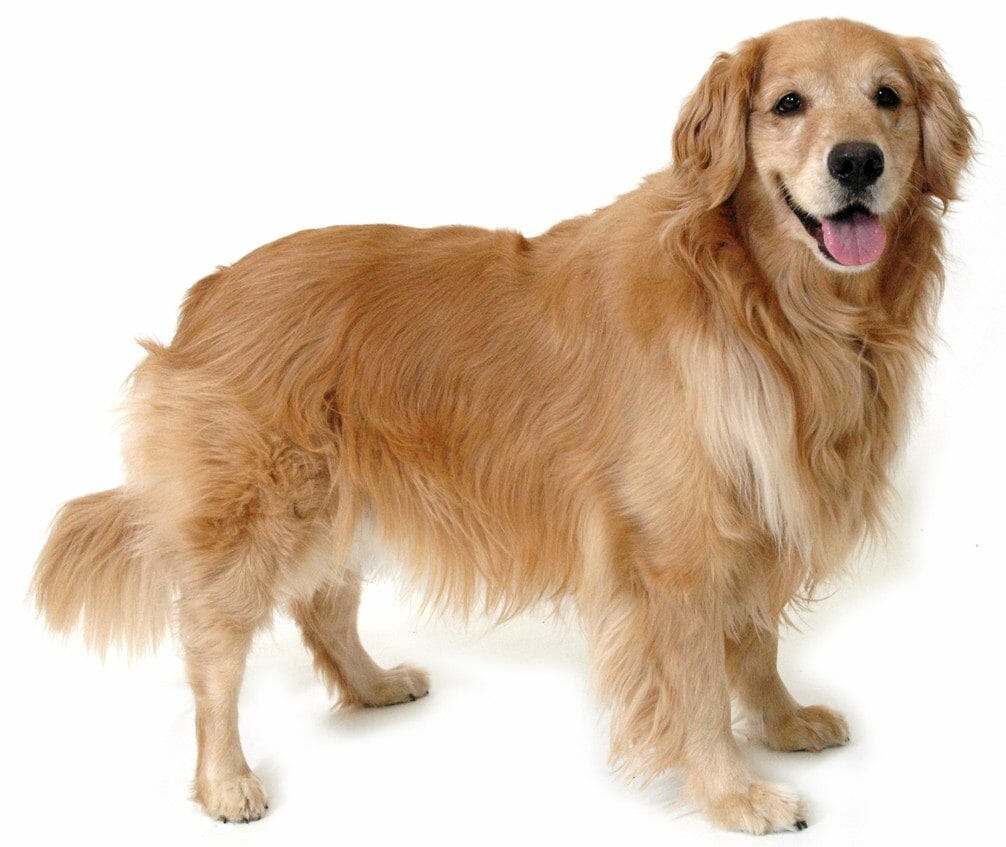 Golden Retrievers are generally healthy with an average life expectancy of 10 to 12 years. However, these canines often contend with the common health problems particular to large canines, such as problems in the joints, heart, and eyes. The American Kennel Club recommends that Golden Retrievers be checked periodically for issues in these areas of the body.

Listed below are the common health issues that many Goldens see during their lifetime:

Many of these conditions may be inherited, so preliminary examinations are always recommended early in life. Besides this, bringing the dog to the vet if abnormal symptoms arise is as important as bringing them in for routine check-ups.

Check out some other dog breeds, including the large white dog breeds, like the Standard Poodle, which is hypoallergenic.