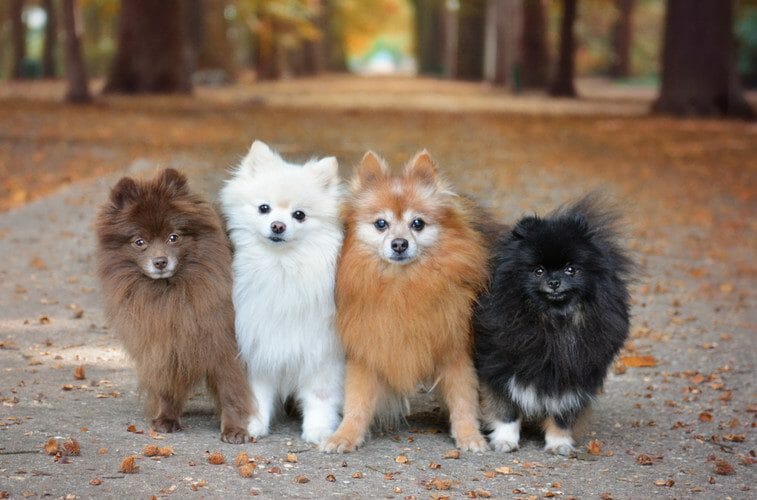 One of the more popular dog breeds among celebrities, monarchs, and everyday people is the Pomeranian. Belonging to the Toy Group, this tiny dog may be small but it has a larger-than-life personality. Pomeranians, which are also referred to affectionately as a “Pom,” are often described as vivacious and bubbly. These high-energy pups are always up for playtime and learning new tricks. This breed’s mental sharpness and activity levels allow it to be easily trained to perform tricks or obey commands. As long as a Pomeranian is trained with a kind but firm tone, it should provide little problems in terms of bad behavior.

In spite of its size, this dog has a rather audacious and bold temperament. Poms may not be afraid to approach a much larger dog if threatened. This may leave the dog injured if it oversteps these boundaries. For this reason, it is very important to monitor Poms when at a dog park or around bigger dogs in general. Poms can also perform well as watchdogs due to their alert nature and their tendency to bark loudly (even incessantly, at times).

In summary, although this breed may be a bit headstrong, these friendly little dogs can be wonderful, loyal companions to single owners and big families alike. 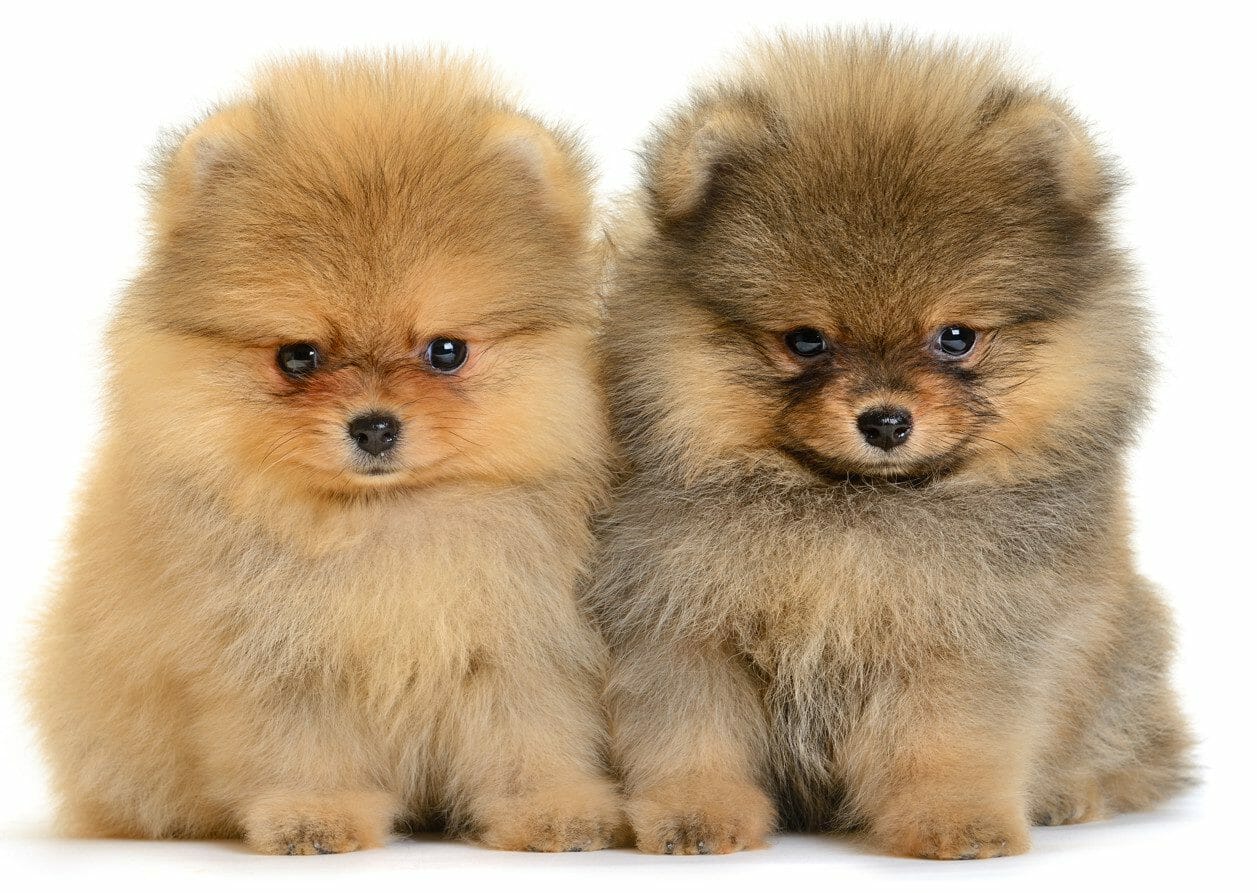 The Pomeranian has quite a unique appearance. Although some have more well-defined bodies than others, some Poms look like little balls of fluff running around. These tiny dogs only grow to be between 3 and 7 pounds in weight and 7 to 12 inches in height.

These compact pups are adorably fluffy from head to tail. Their small, pointed ears seem to blend into the puff that surrounds their small head. Pomeranians have small, rounded eyes that are deeply set into their fur and a tiny snout. Most have a muzzle that looks as if it is constantly smiling, much to the delight of Pomeranian lovers.

Pomeranians have a very fluffy and long double coat. Although most Poms have a coat that is on the coarse side, others may have a coat with a plush texture. Their plumed tails stick closely to their backside.

Although a Pomeranian’s coat can officially come in any color, the most common colors seen are: 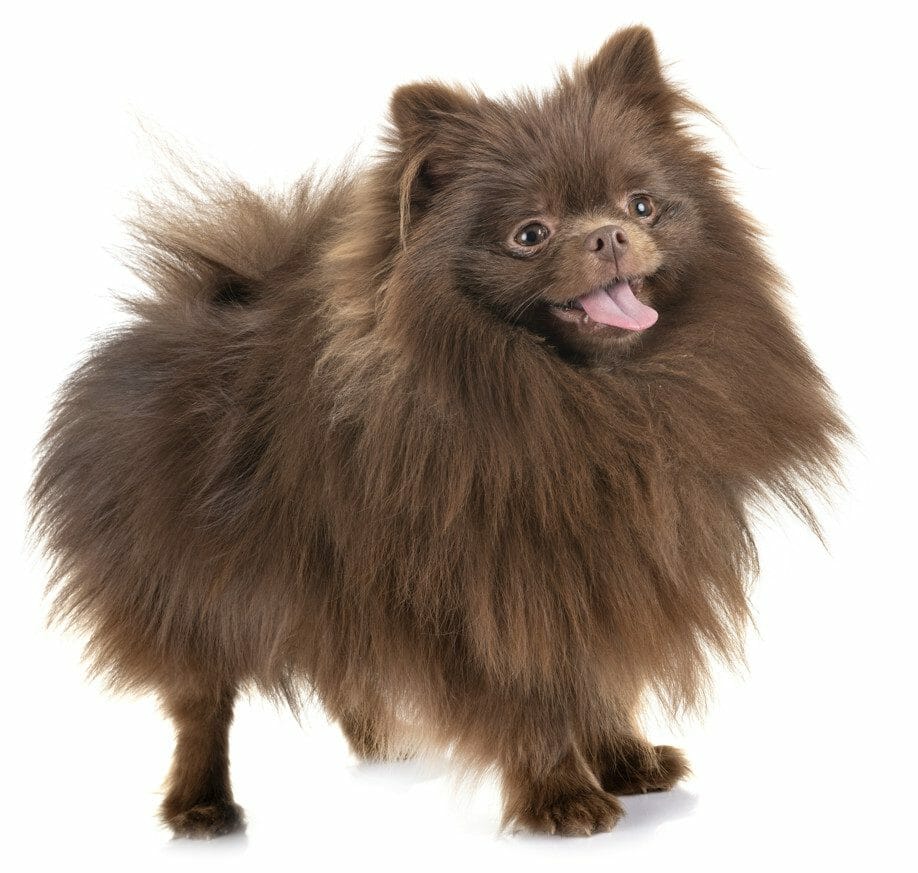 The Pomeranian breed has its origins in the frigid climate of the Arctic, specifically in places like Lapland and Iceland. At that point in time, Poms were known as spitz (sled) dogs, given the fact it often pulled sleds along the snowy terrain. This spitz dog was much larger back then to be strong enough to pull sleds and herd livestock. It was not until it was brought over to Pomerania (a region encompassing Poland and Germany) that its genetics were altered to make it the small size it is today.

It was not until the well-regarded Queen Victoria of England took an intense interest in the breed after discovering it in Florence, Italy in 1888. Not only did the queen own 35 Pomeranians at once point in her life, but she also showed them at dog shows. She even requested one to remain by her bedside when she died. After her love for this breed was made known in the newspapers around the world, the Pomeranian’s popularity skyrocketed and has not slowed down since. 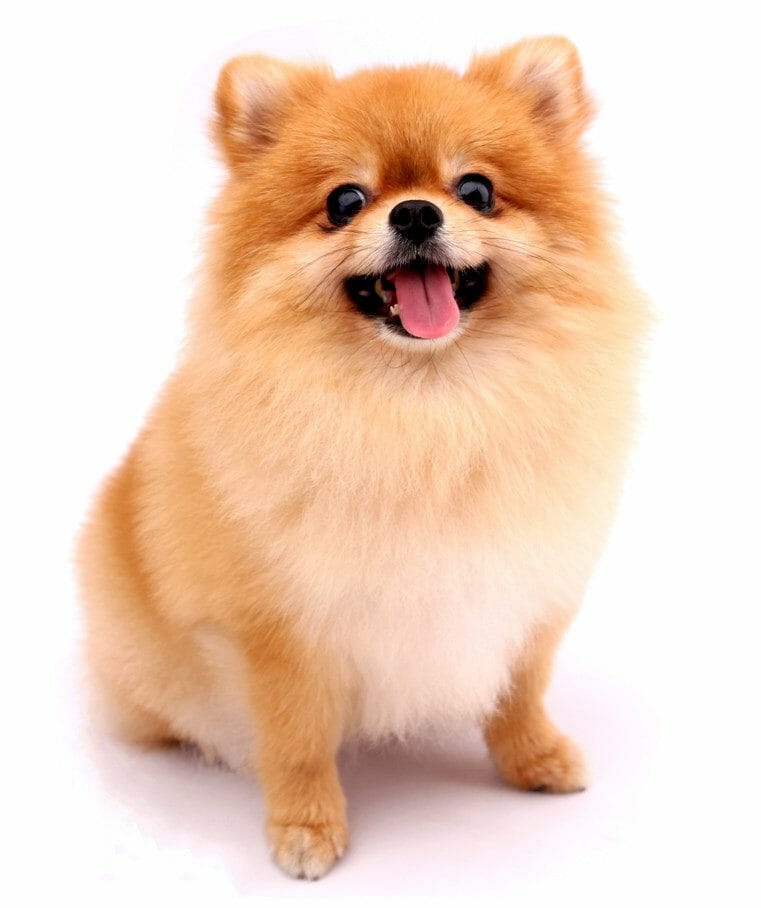 This spunky and spirited breed has some interesting facts to go along with it. 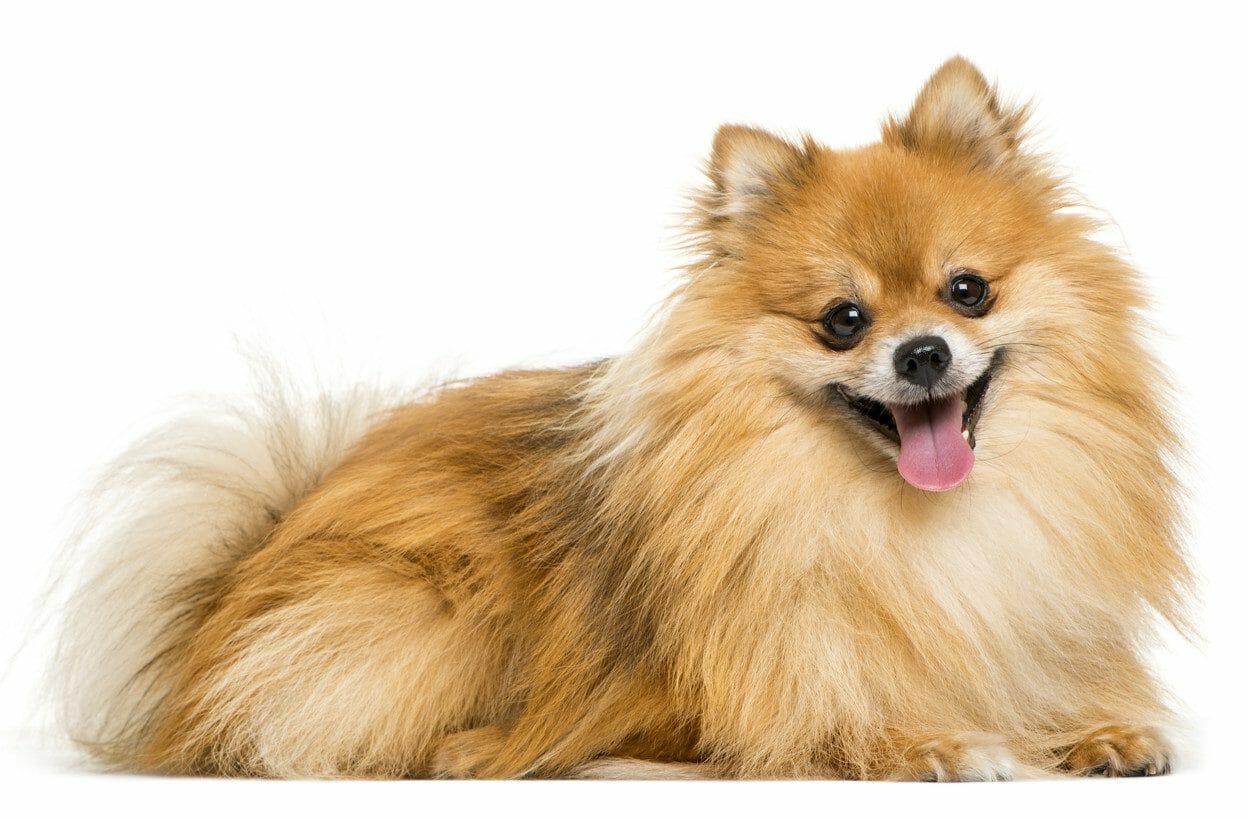 How to Care for a Pomeranian

Although the Pomeranian’s fuzzy and fluffy coat will need brushing, many owners are happy to discover this breed rarely sheds. In order to preserve its cotton ball-like coat and keep it detangled, it should be brushed at least every other day. These little dogs are hyper, so their coat may easily mat from their constant running around. It is recommended that Pomeranians be professionally groomed every 4 to 6 weeks if the owner is uncomfortable with grooming them.

Their nails should be kept at a short length, and their teeth should also be brushed frequently. Their bodies should be checked for parasites regularly, especially in the summer. Because the canine is covered in puffy fur, it may be hard to check for parasites. Therefore, a good flea and tick preventative is recommended. Lyme disease is serious not only for humans but pets, too.

This dog’s activity levels require areas to run around, take walks, and play daily. Pom owners should ensure that if the dog plays outdoors, there are no cracks or holes in the fencing. This petite breed is notorious for sneaking out of very small holes and gaps in the fencing when no one is looking. In addition, Poms should never be left outside alone in the open. Its small size puts it at quite a disadvantage if large birds or hawks are eyeing it from afar. 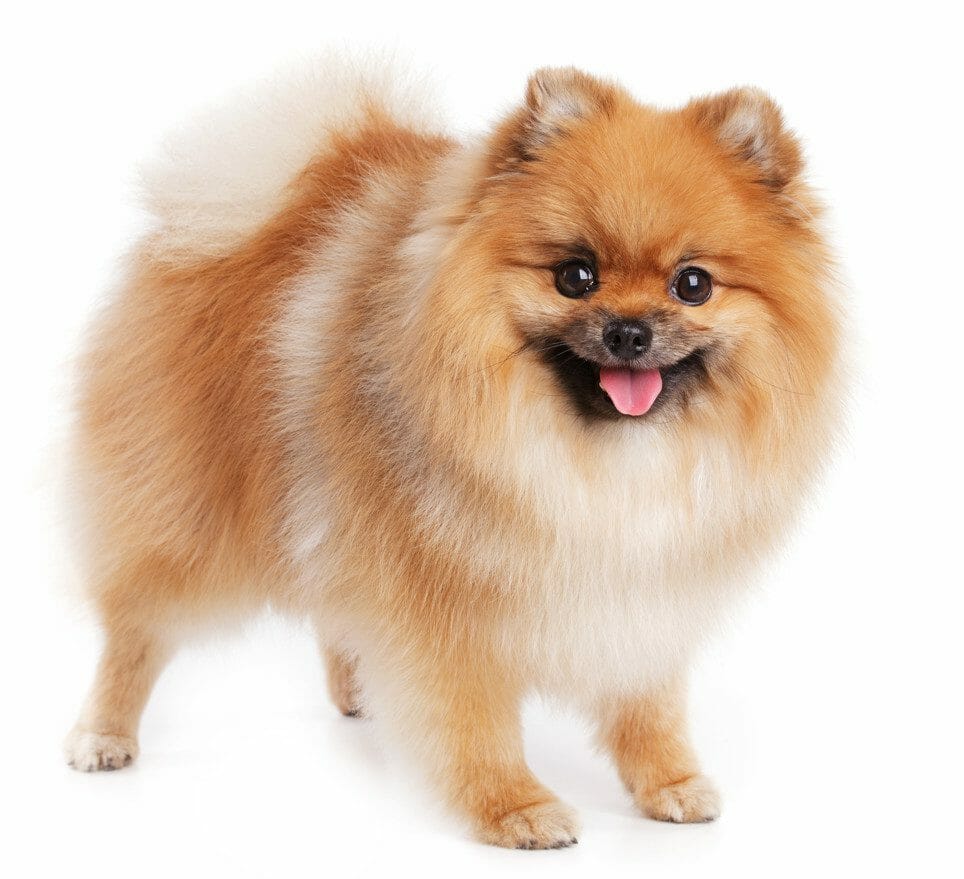 This breed is quite healthy overall, with a decent lifespan that ranges between 12 and 16 years. However, just as there is with any breed of dog, Poms have a higher predisposition for the following medical problems:

In order to best care for this breed, it is important to be proactive in subjecting the canine to early screenings and consistent check-ups at the vet. In addition, as with all dogs, the core vaccines (including those for rabies and parvovirus) should be given during puppyhood. Poms are capable of living joyfully long lives if their care begins with the loving attention of its family and friends.