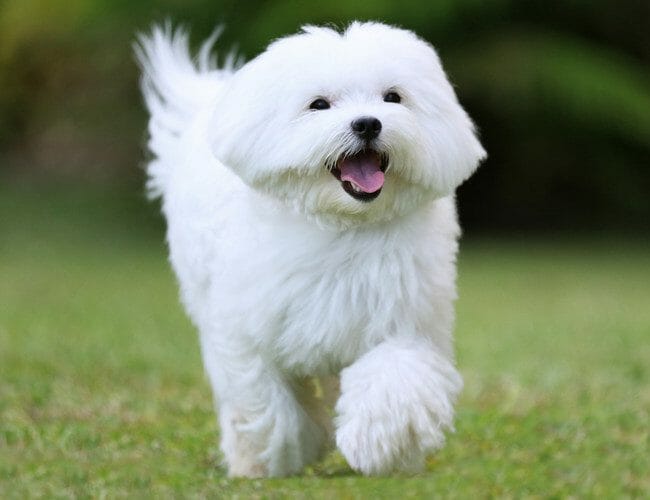 Once a prized possession in ancient Greek and Roman societies, the Maltese breed has stood the test of time. This breed, with its illustrious roots among the upper classes, gives off a façade of prestige and refinement.

In terms of temperament, this spirited little dog is alert, intelligent, and quite gutsy. It is affectionate and protective of those it trusts. The Maltese thrives on human companionship, often enjoying playing or learning new tricks to perform.

Since its beginnings as a breed, the Maltese has been a lapdog. Naturally, this makes them quite content to simply cuddle with or spend quality time with its human family members. However, this canine has a daring side, allowing it to be a helpful watchdog. This breed is yet another member of the Toy Group that often disregards its tiny size when it perceives any type of threat.

Although the Maltese normally interacts well with children, they may become short-tempered or impatient if the children are too rowdy. Overall, the Maltese dog breed is delightful, vivacious, and quite adaptable to whatever situation may come its way. The Maltese often flourishes as an addition to any family size. 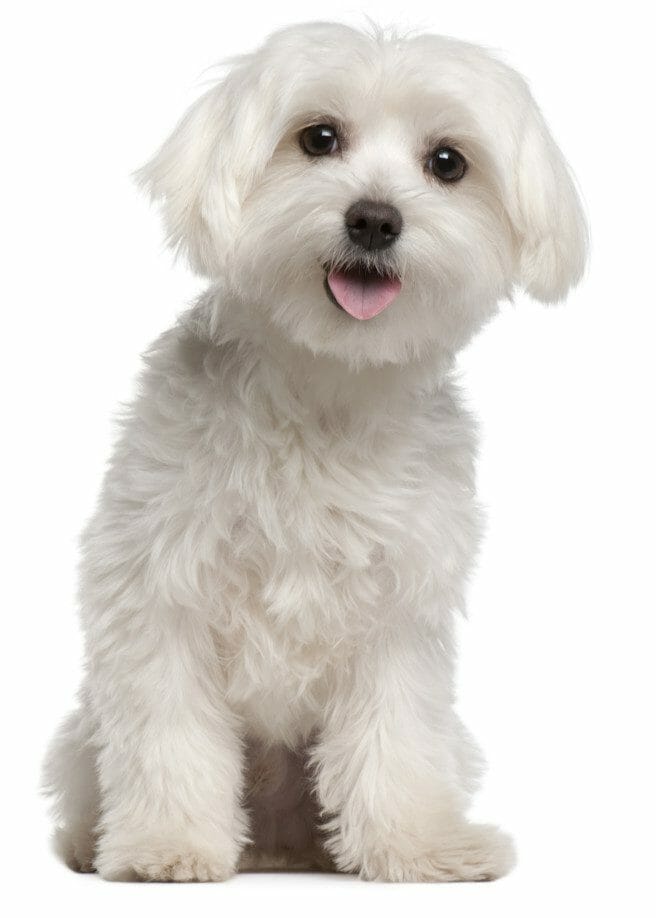 Above all, the Maltese is mostly admired for its luxuriously long coat. Straight as can be and white as snow in color, its silky coat can be floor-length. Owners can let its hair hang loose or tie it up in a cute topknot with a bow. Its long coat coupled with its smooth gait often makes it appear to be hovering as it trots along. However, many owners opt to keep the coat cut short to minimize tangles, matting, and dirt.

The body of a Maltese is small yet well-proportioned. These compact pups often fit perfectly into purses. A rounded head stands tall while its back is level with the ground. A plumed tail is slightly raised over its back. On its small head are dangling white ears, a black button nose, and dark eyes. Its nose and eyes stand out in stark contrast to its ultra-white coat that covers its body from head to tail.

The Maltese often stands about 7 to 9 inches at the shoulder and usually weighs between 4 and 7 pounds on average. This makes it truly a miniature breed. 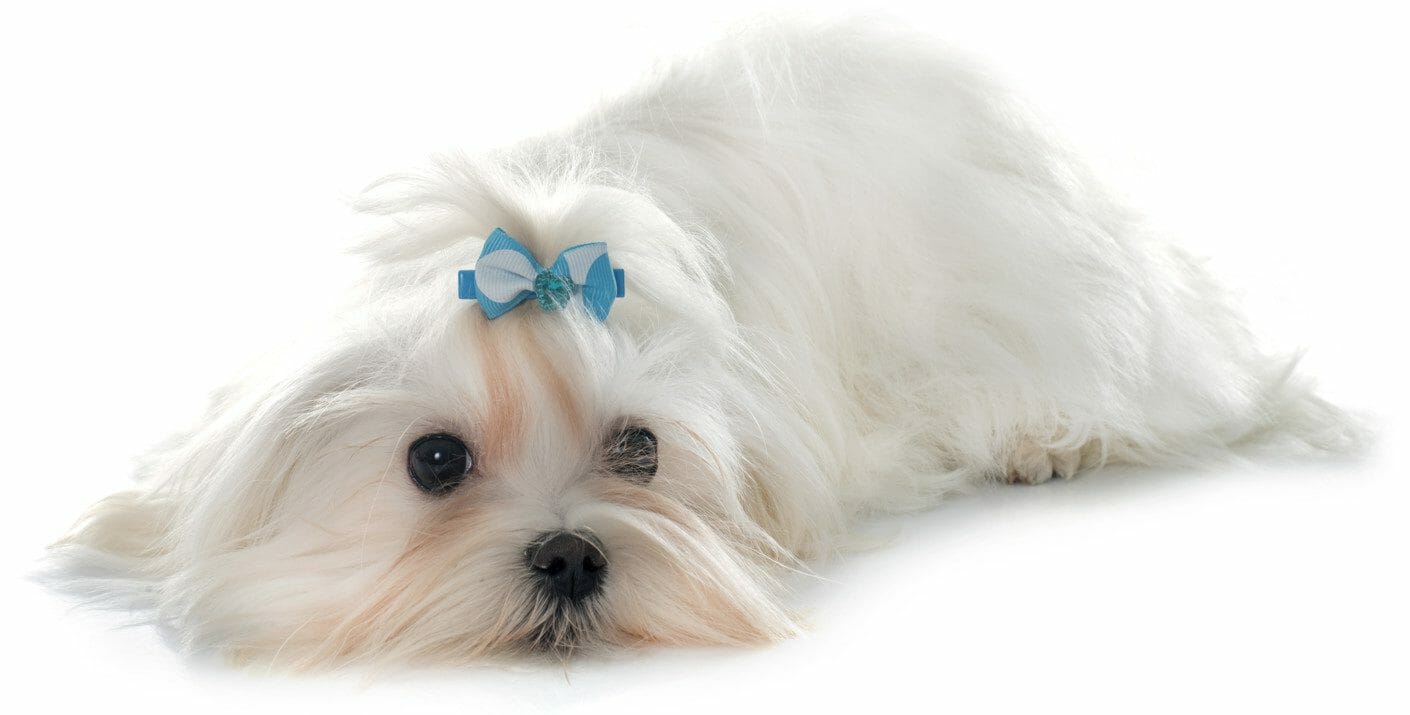 Brief History of the Maltese Breed

The introduction of the Maltese breed took place on the island of Malta, which was once the most famous global trading post of the ancient world. According to some historians, this breed even predates the writing of the Bible. Regardless, the Maltese is certainly one of the oldest dog breeds still in existence.

During the hustle and bustle of trading endeavors, the breed ended up on Malta, which is directly in the middle of the breathtaking Mediterranean Sea. Many suspect this breed was brought over by the Phoenician people, who were the esteemed rulers and nobility of the era.

Once the Maltese entered the trading world, it was adopted as a status symbol and a sign of wealth, with some even revering it as sacred. Centuries-old pottery and artwork feature this snow-white breed. As the centuries passed, this canine remained on the seat of opulence, often belonging solely to royalty and nobility all over the world.

Due to the downfall of the Roman Empire during the Middle Ages, the Maltese was forgotten in the turmoil. Luckily, seeing the intrinsic value of this petite pup, Chinese tradesmen took the breed and protected it from extinction. Breeders from China began altering its genetics to make the dog a larger and more proportional size. The breed was then reintroduced to Europe, where it once again reclaimed its place on the laps of monarchs and aristocrats. 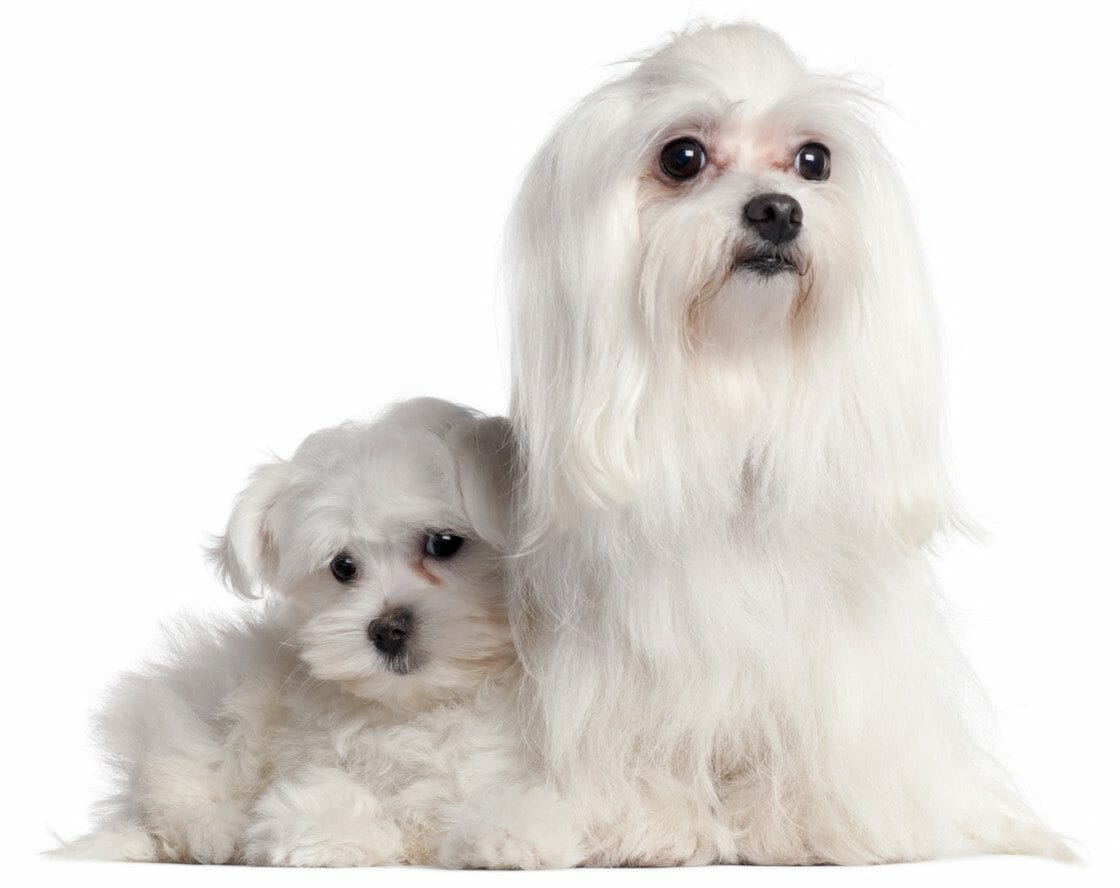 After being exported to the Americas in the 1800s, this glamorous breed instantly captivated the hearts of the American people. By 1888, the breed had been publicly recognized by the American Kennel Club (AKC).

Facts About the Maltese Breed 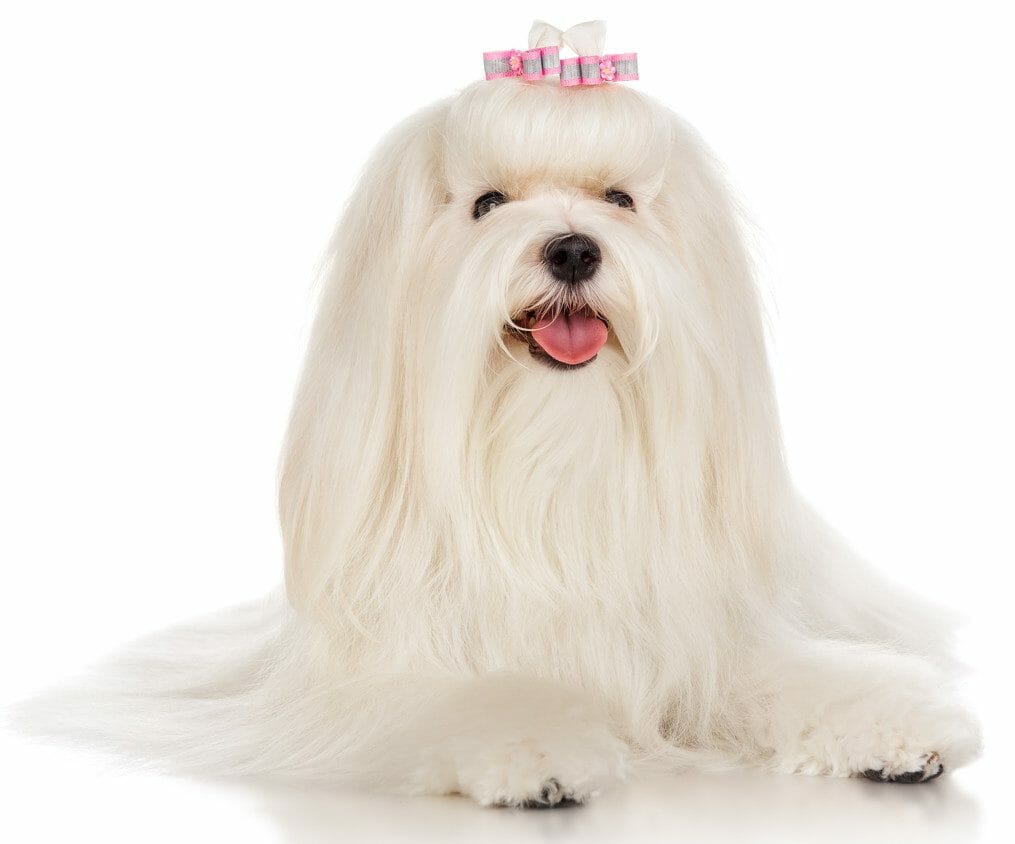 Caring for a Maltese

Due to its flowing coat, this canine’s hair can easily get matted and tangled as it bounces around the house. Therefore, gently combing or brushing should be done on a daily basis to keep its hair in the best shape. Weekly baths are also recommended. In terms of shedding, this breed sheds minimally, much to the delight of allergy-prone owners.

Other grooming requirements include regular nail trimming and ear cleaning.

The intelligent Maltese thoroughly enjoys being trained. Although it can be on the headstrong side, this breed responds particularly well to consistent, reward-based training. 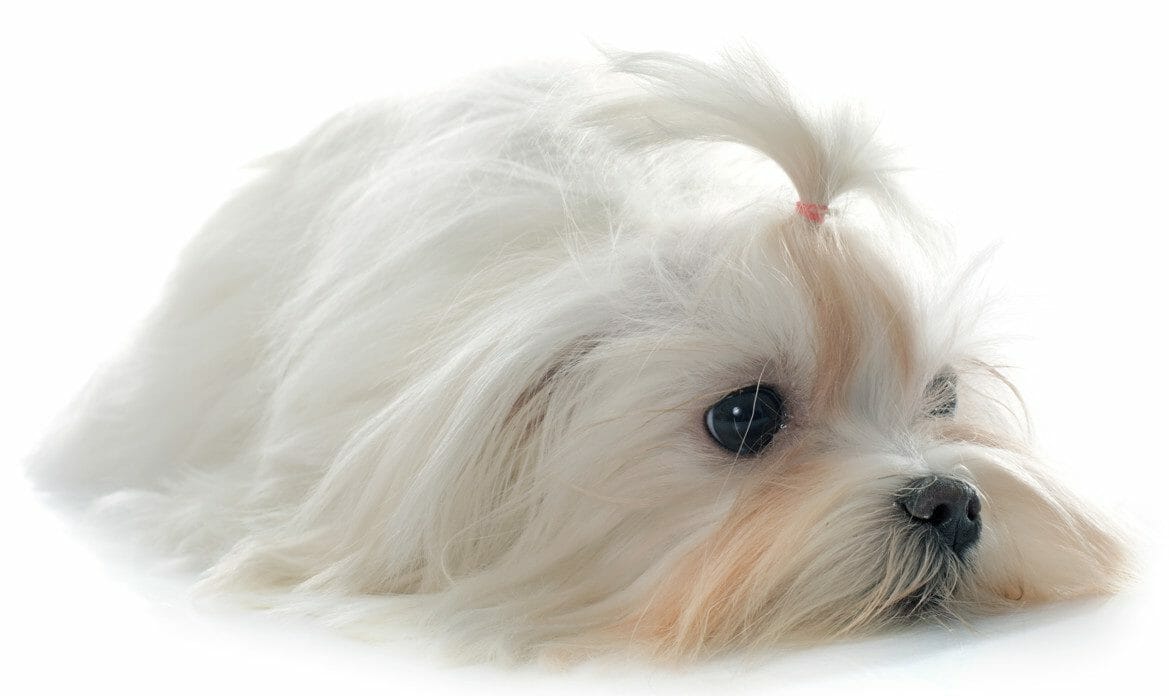 This compact canine can usually get ample exercise trotting around an apartment or a small house. Daily walks provide this dog with sufficient exercise and time to expel pent-up energy.

In terms of average lifespan, the Maltese is a healthy breed that may live 12 to 15 years or more. The AKC recommends this breed receive early screenings of its heart, joints, and liver in order to rule out any congenital disorders.

The most commonly seen medical problems in the Maltese include:

Yearly check-ups with your Maltese vet and careful observation of any abnormal symptoms are both efficient means of caring for this breed. As with all canines, these dogs should receive regular check-ups at the vet and be given all recommended vaccines, such as those for rabies and parvo. Medications to prevent fleas, ticks, and heartworm are also recommended.