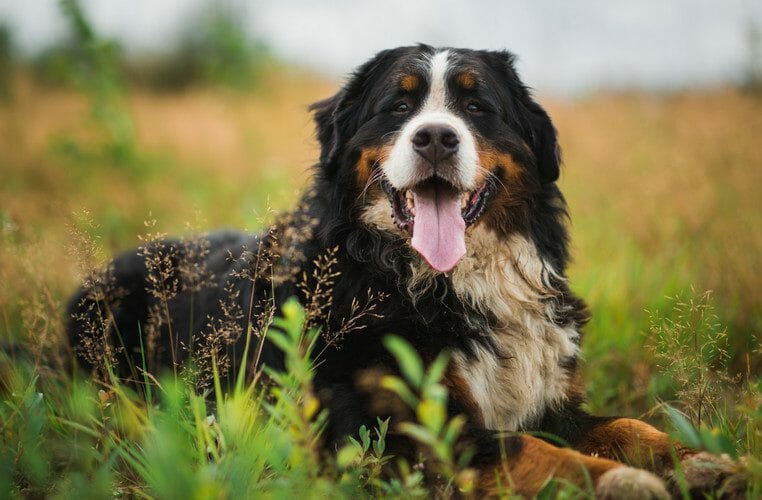 The Bernese Mountain dog (affectionately nicknamed the Berner) is a large canine breed that originated in the Swiss Alps. In German, the breed is called Berner Sennenhund and traces its lineage to the Roman Mastiff, which found its way to the area during the Roman Empire approximately 2,000 years ago. In German, “Sennenhund” means “alpine pasture dog.”

This breed traditionally worked with herders and dairymen known as Senn. The breed came from the canton of Bern, where they were farm dogs and guarded property. Larger descendants of these dogs were also once used to pull carts transporting cheese and milk. Locals would refer to them as “cheese dogs.”

The Bernese Mountain dog was officially recognized by the American Kennel Club in 1937. Bernese Mountain Dogs have grown in popularity throughout the United States since that time. In Germanic countries, the breed remains immensely popular. 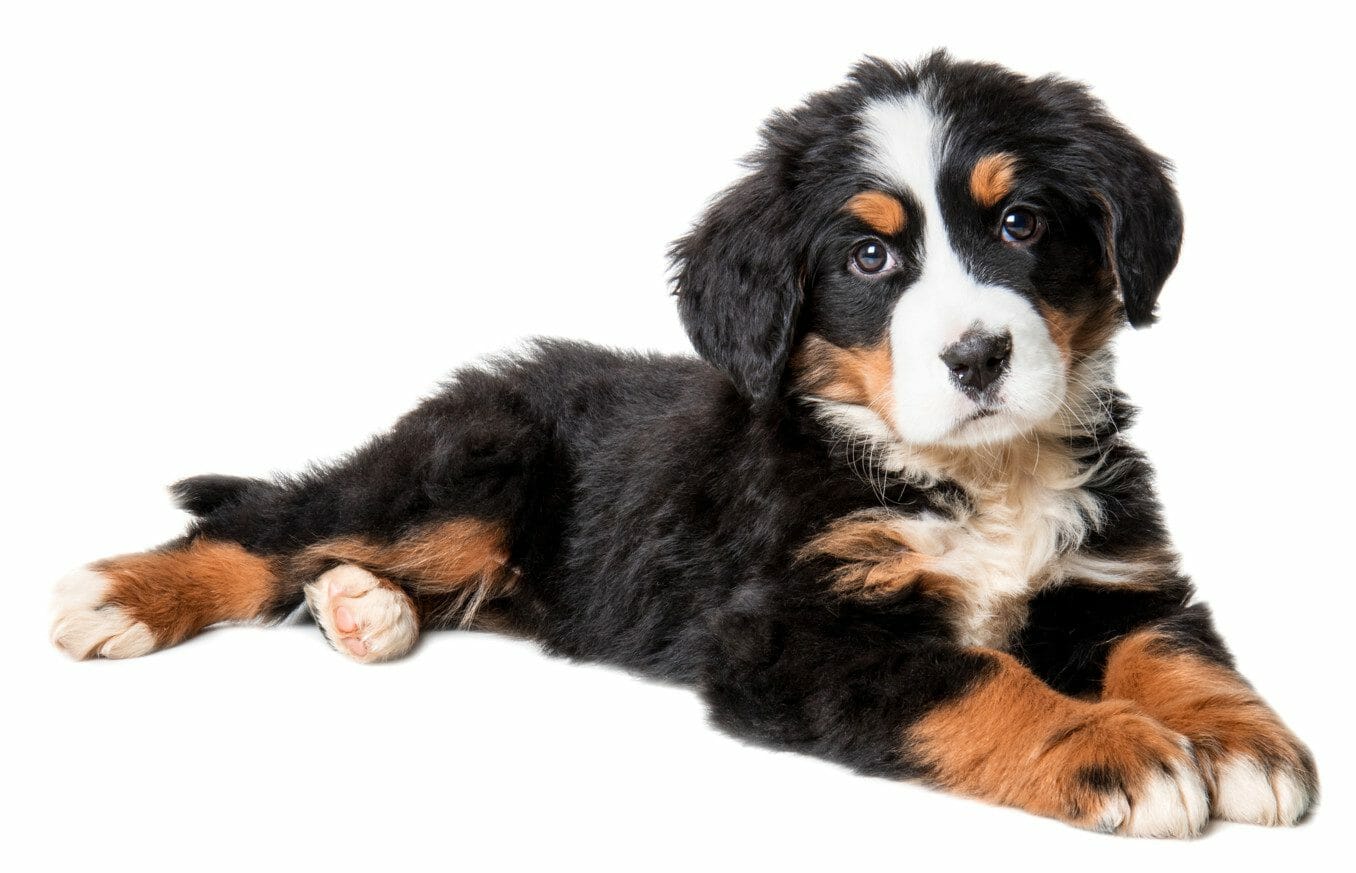 One of the most notable features of Berners are their size. Weighing between 70 and 115 pounds and standing between 23 and 27.5 inches tall at the shoulder, these sturdy canines may have an imposing stature but are gentle giants.

The coat is moderately long, silky, and tricolored—predominantly black with white and rust-colored highlights on the face. The coat can either be straight or have slight waves. With big brown friendly eyes, the Berner has a welcoming demeanor. 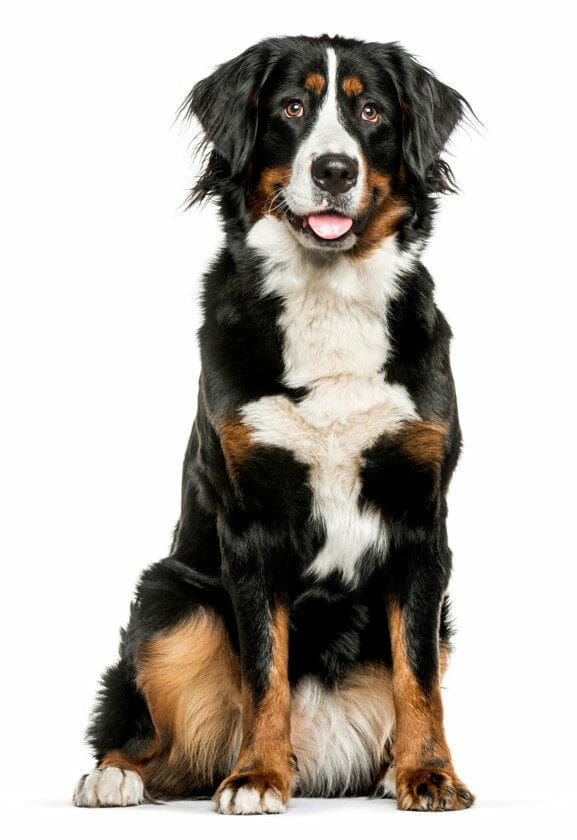 Bernese Mountain Dogs make excellent pets and are good companion animals. Noted for their patience, the breed is especially good around young children and will protect them if required. This sociable animal likes to be around people and craves attention.

When visitors enter the home, this innate guard dog will bark. However, it will soon calm down. If a Berner is introduced to cats at a young age, they can live alongside them in a cordial manner.

Given the size of the breed, potential owners will need to have adequate space when welcoming them into the home. The Berner typically enjoys being groomed and does not require a great deal of activity. However, the breed does have a tendency to drool. 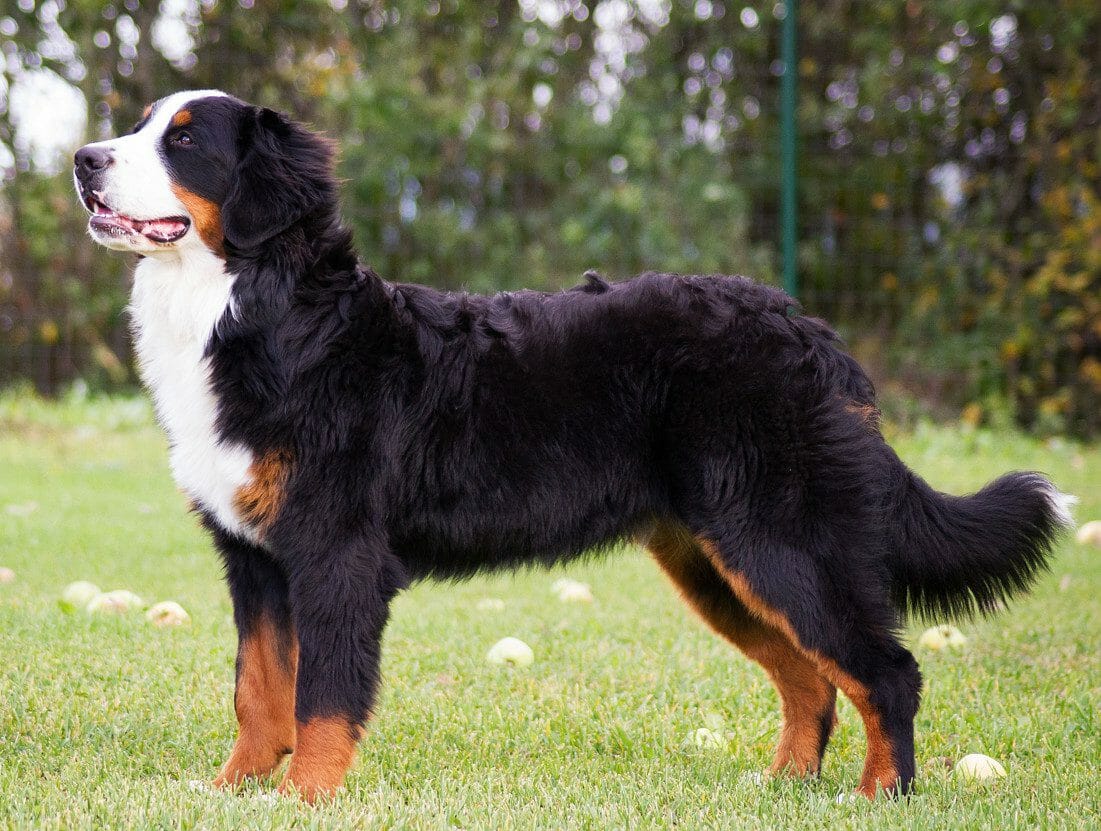 The Bernese Mountain Dog will shed throughout the entire year, with heavier shedding occurring as each season changes. Owners will usually need to brush their dog weekly, increasing the frequency in the spring and fall months. This will help keep the coat neat and reduce the amount of fur being shed around the home.

Bathing should be carried out every two months unless the dog becomes notably dirty. When cleaning a Berner, pay attention to its ears as moisture, dirt, and bacteria can become trapped and lead to an ear infection.

There are several health issues associated with the Bernese Mountain Dog. Responsible breeders will work to minimize these issues.

A major concern with Berners, as with many other larger breeds, is elbow or hip dysplasia. These inherited conditions occur when a puppy’s bones are growing. If the two halves of a joint grow at different rates it causes a weakened joint. This can lead to lameness, osteoarthritis, and degenerative joint disease.

The onset of these conditions is usually early in the dog’s life. However, it can take longer for the clinical signs to show. Treatment may include administering nonsteroidal anti-inflammatory drugs or corticosteroids combined with physical therapy, or surgery. Veterinarians may recommend a full hip replacement or a femoral head ostectomy. Screening and monitoring the early symptoms will ensure the best prognosis. 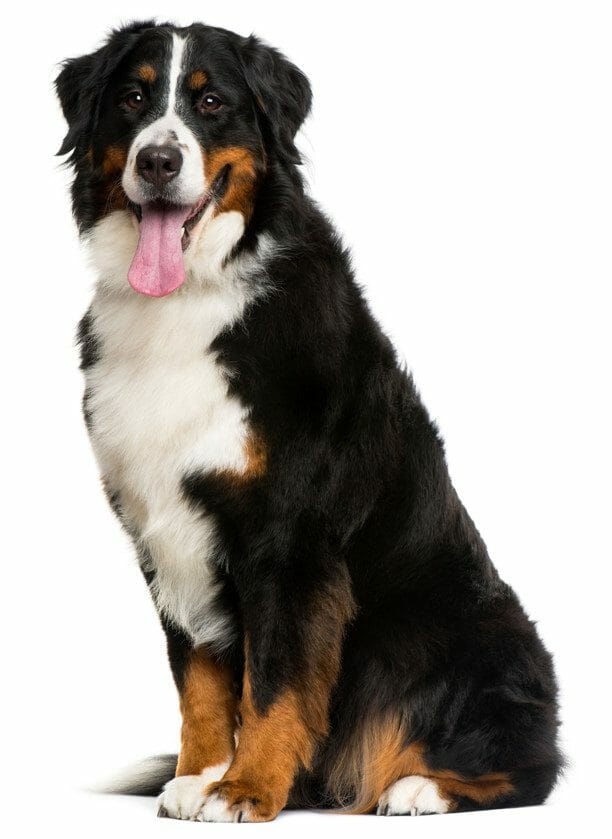 Several types of cancer can affect the Bernese Mountain Dog. Owners need to regularly check for bumps, swelling, and sores, as well as breathing difficulties. Depending on the location and extent of the cancer, treatment may include medications, chemotherapy, or surgery.

Eye conditions such as progressive retinal atrophy (PRA) and cherry eye can both affect Berners.

PRA is a condition caused by the abnormal development and gradual deterioration of a dog’s retina. The retina is made up of rods and cones and is the part of the eye responsible for converting light into electrical signals to be sent to the brain. The condition can cause night blindness with a worsening of eyesight in normal light as the disease progresses.

Cherry eye is a prolapsed gland of the nictitans. When the tear gland in the dog’s third eyelid becomes inflamed, it can cause severe itchiness and irritation, leading to infections such as conjunctivitis.

Gastric torsion (or bloat) is a life-threatening condition that affects larger breeds such as the Berner. This occurs when a dog exercises too vigorously after eating. The stomach becomes distended and twist, which results in the dog becoming unable to vomit or expel air from the stomach. Dogs experiencing bloat can seem restless, lethargic, and have a rapid heartbeat. Bloat can be fatal if veterinarian assistance is not sought immediately. 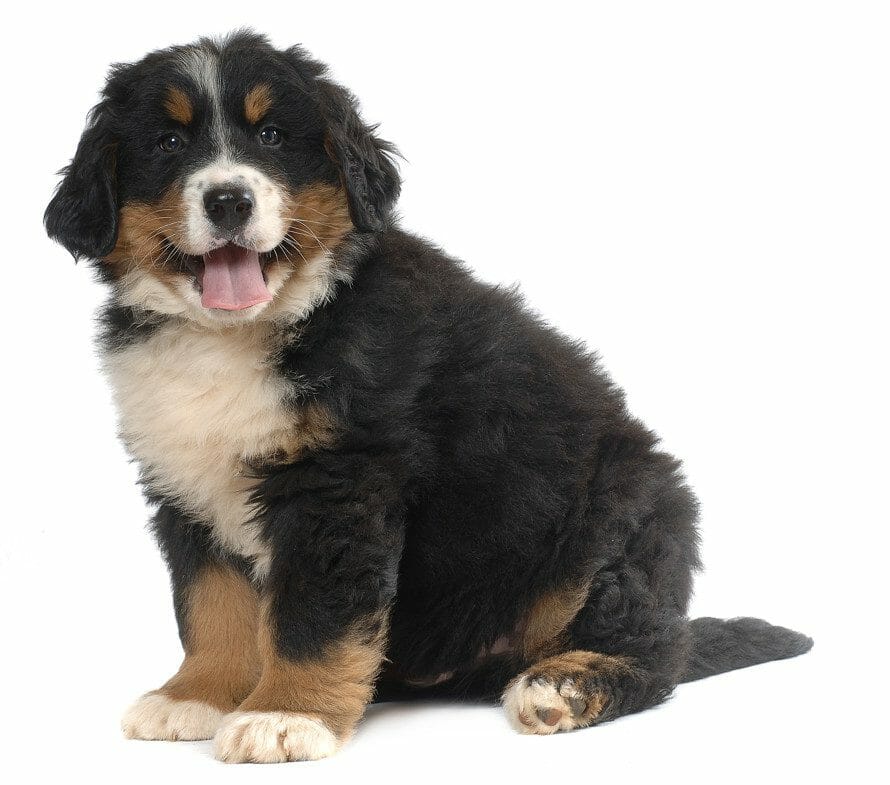 Some popular mixes of the Bernese Mountain Dog and other dog breeds include the following:

Unfortunately, the Bernese Mountain Dog lifespan is typically only 6 to 10 years—making them one of the shortest-lived canine breeds. To ensure the maximum lifespan is achieved, it is important to have these dogs screened for common health concerns and to vaccinate in line with veterinarian recommendations.

Given the popularity of the breed, there are many Bernese Mountain dog breeders. However, millions of dogs end up in kill shelters. Therefore, it is our recommendation to adopt and save a life than to buy a dog. When looking for an adoption center, be sure to find a no kill shelter. This type of rescue shelter will never euthanize a healthy animal.