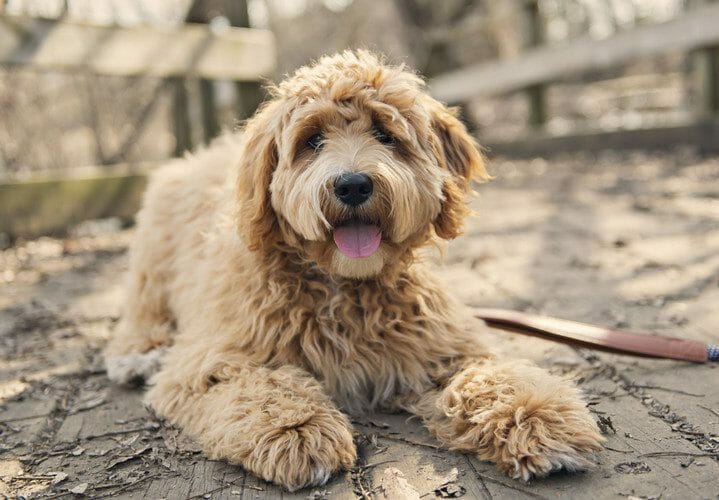 What Is a Labradoodle?

The term was originally coined in America in the 1950s. However, there was little interest in the crossbreed apart from a few dogs used in the U.S. entertainment industry. Despite this fact, an Australian later took credit for naming the breed.

The lovable Labradoodle is now one of the most popular designer dog breeds in the United States and has long been used as guide and assistance dogs, particularly in Australia. 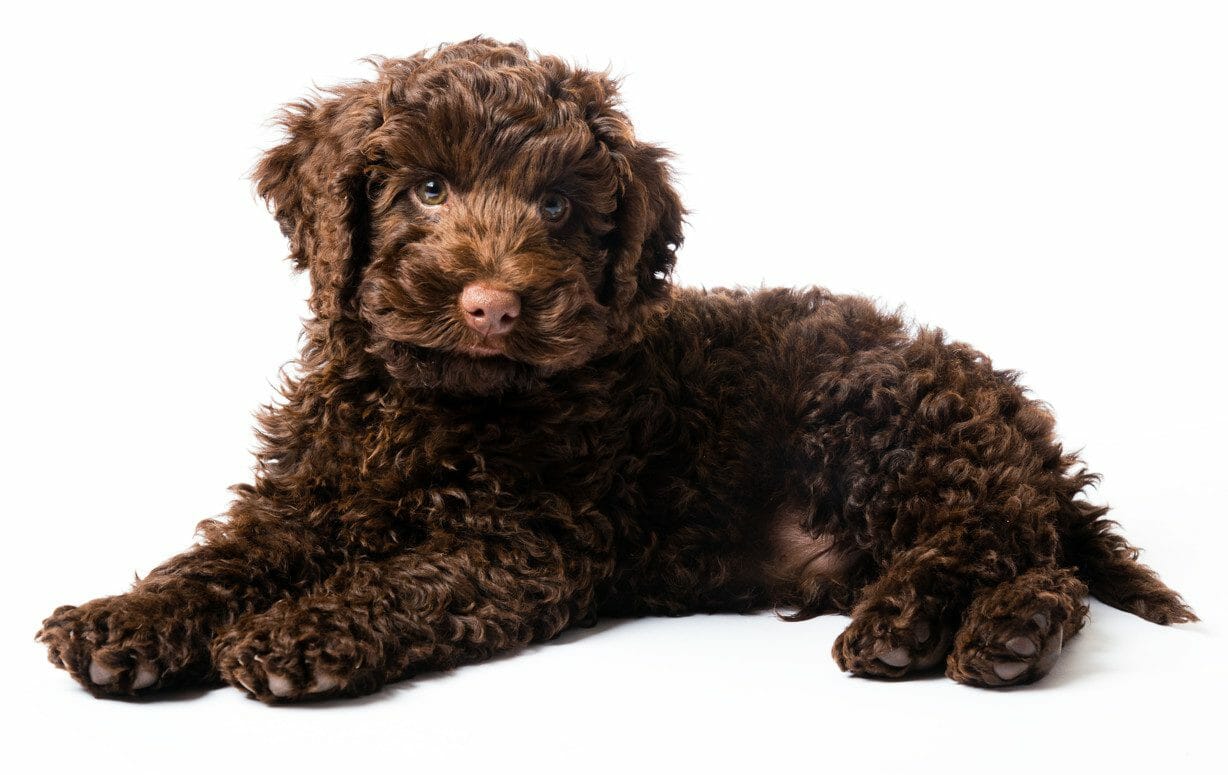 In 1955, Donald Campbell first used the name “Labradoodle” when referring to his own Labrador and Poodle cross. The breed was not common until after 1989 when the Australian breeder Wally Conron introduced the cross as a potential service dog. The breed can make good service dogs because of the ease with which it can be trained, along with its gentle nature.

Conron would later state his regret for making the breed popular—believing that many health problems had been bred into the dogs.

The Labradoodle temperament will vary depending on genetics, environmental factors, and the level of socialization the dog receives while still a puppy. Typically, these canines are friendly and devoted and neither aggressive nor shy.

Known for its trainability, the Labradoodle retains the intelligence of a poodle coupled with the Labrador’s ability to work with its owner. When training, it is essential that positive reinforcement techniques be used. This means providing praise and reward when the dog responds to commands and refraining from disciplining the dog when it fails.

Training should start as early as possible as the older the Labradoodle gets, the more headstrong it may become. Socialization is important, so look for opportunities to introduce the dog to other animals and people. Training classes and daycare centers are good places to start. 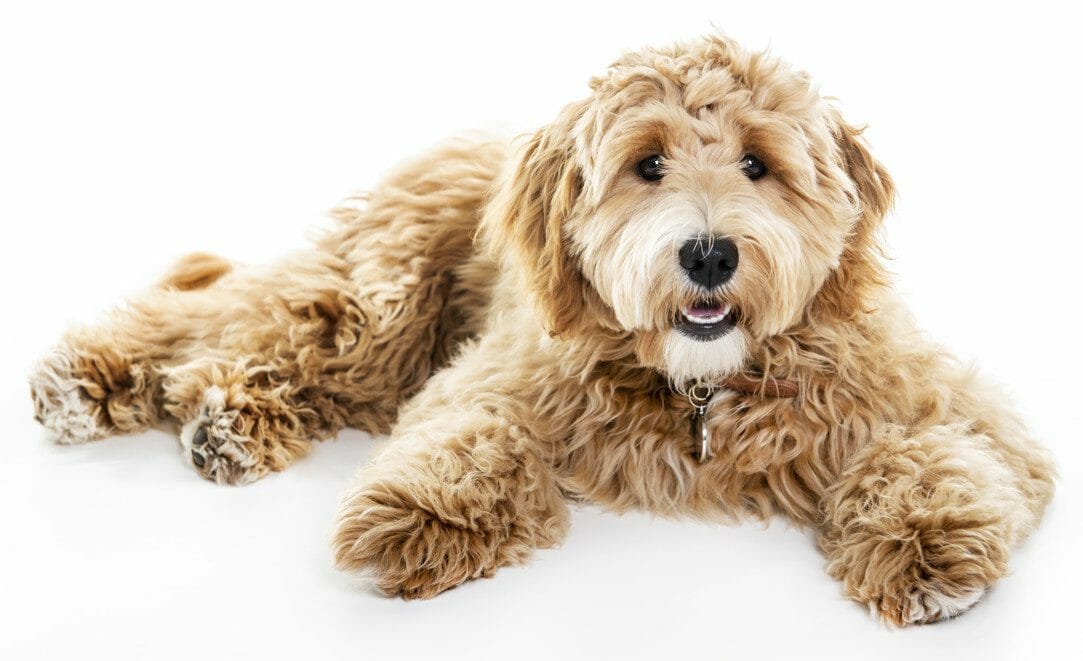 F1 Labradoodles have long, curly hair that is known to shed. By the time you get to an F2 Labradoodle, the curls will be much tighter and will not shed.

These canines stand between 20 and 25 inches tall and weigh between 50 and 75 pounds.

The breed comes in a variety of coat colors, including:

Just like poodles, a Labradoodle will require regular grooming to maintain its coat to a healthy standard. 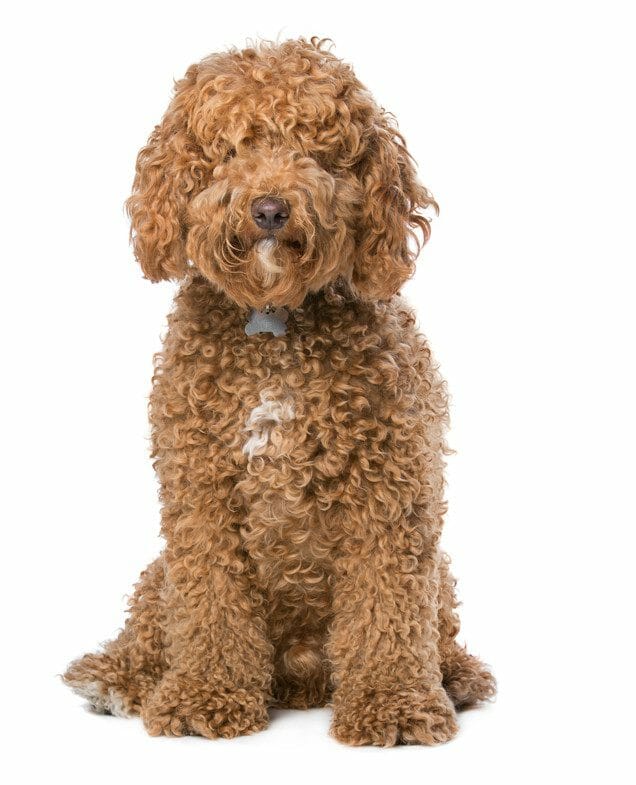 Is the Labradoodle Hypoallergenic?

Although no breed of dog can be considered completely hypoallergenic, F1b and F2 Labradoodles retain popularity among allergy sufferers on account of how little they shed.

In 1989, when Willy Conron introduced the crossbreed to the Royal Guide Dog Association of Australia in Victoria, his suggestion was that it was a suitable assistance animal for anyone with an allergy to fur and dander.

A Labradoodle will be susceptible to many of the conditions that affect its parent breeds. Both Labrador Retrievers and Poodles have the potential to develop hip dysplasia as well as several eye disorders. Both of these issues are discussed in more depth below.

Addison’s disease is another disease affecting some Labradoodles that could limit the lifespan of a dog unless it is treated. The condition affects the production of hormones such as steroids (including aldosterone and cortisol). These regulate a dog’s internal organs. Without these hormones, the organs will deteriorate, and the dog may die. 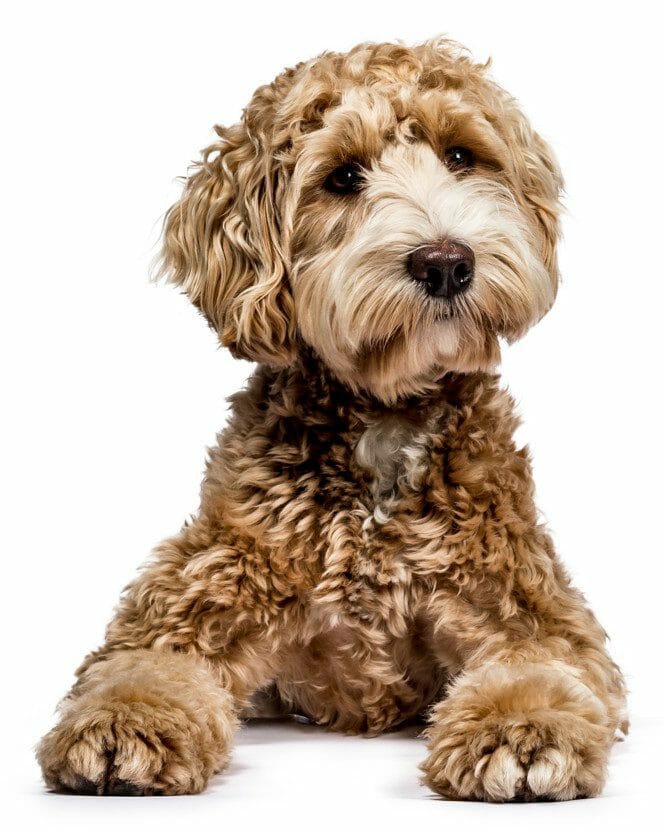 Hip and Elbow Dysplasia in Labradoodles

Both hip and elbow dysplasia occur because of sudden growth while the dog is still young. When the two parts of a joint do not grow at the same rates, dysplasia occurs and can lead to lameness. Dysplasia causes laxity in the joint and can bring on joint degeneration and osteoarthritis.

Dysplasia typically begins while the dog is still young, and the signs may not become apparent until it reaches adulthood. Possible treatment for dogs with hip or elbow dysplasia include:

Owners of Labradoodles should be aware of several eye conditions that affect the breed. In particular, the Australian Labradoodle is susceptible to developing progressive retinal atrophy (PRA). All dogs used for breeding should be DNA-tested to ensure that this condition is not passed on.

The retina of a dog’s eye contains photoreceptors. When the light comes into the eye, it is focused on the retina and is converted into electrical messages, which are sent for processing by the brain. The photoreceptor cells in a dog’s eyes are predominantly either rods or cones. A dog will have a greater quantity of rods than it has cones. These rods aid vision in poor light and make following a movement possible. Cones detect color and will not work well in poor light. Dogs can inherit PRA, a condition where the cells in the retina do not develop properly, which can lead to blindness.

Labradoodles also have a high occurrence of multifocal retinal dysplasia, a similar condition where the coat of the eyeball develops at a different rate to the retina causing retinal folds that can impact vision. In some cases, the retina may detach, causing blindness.

Cataracts are also an eye issue that Labradoodles should be screened for. This is a clouding of the eye that prevents light from reaching the retina. 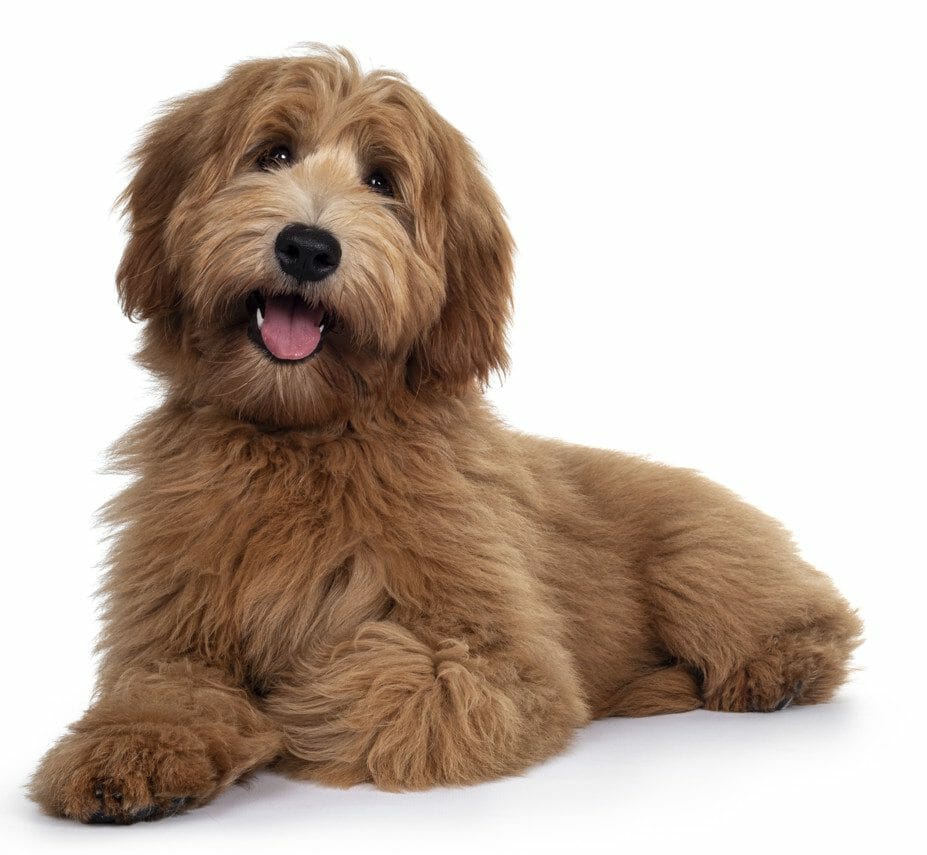 Owners of a Labradoodle can expect their pet to live between 12 to 15 years. The dog should be regularly screened for conditions that it is predisposed to and received all recommended vaccinations in line with veterinarian advice.

Finding a Labradoodle for Sale

Before looking for Labradoodle puppies for sale, it is advisable to find a Labradoodle rescue. Many animals are given up for adoption, and it is often possible to find these dogs in rescue shelters. Always use no-kill shelters as centers such as these will never put a healthy animal down.