Symptoms of Cushing’s Disease and Treatment

Overview of Cushing’s Disease in Dogs

Cushing’s disease in dogs, or hyperadrenocorticism, is a condition of the adrenal glands in the endocrine system whereby the body overproduces the hormone cortisol. Dogs, like human, require certain amounts of cortisol to maintain their immune system, normal stress levels, and body weight, among other things.

However, the production of too much cortisol can adversely affect the health of canines. A consistent release of an excess of cortisol can cause one or many of the following health issues:

Cushing’s in dogs is a much more prevalent condition than previously believed due to it being largely underdiagnosed. Expensive and involved diagnostic testing is mostly to blame for underdiagnosis of the condition. There is currently no one single diagnostic test that has been found to accurately detect Cushing’s disease in dogs 100% of the time.

Symptoms of Cushing’s Disease in Dogs

Some of the more noticeable and common symptoms of Cushing’s disease in dogs are:

Cushing disease dog behaviors are difficult to identify given how closely they mirror other conditions. However, a careful examination of your pet and a recording of its health history will be done by your vet to determine this. If Cushing’s disease is suspected, diagnostic tests are ordered.

Some of the following diagnostic assessments are utilized in an attempt to establish the presence of Cushing’s disease:

If Cushing’s disease is detected in your furry friend, your vet may recommend weekly or monthly routine check-ups to keep tract of the progression or regression.

What Causes Cushing’s Disease in Dogs?

Both of these types contribute to an excess of cortisol in the dog’s system that triggers the onset of the condition. Besides the main two ways canine Cushing’s disease in dogs develops, there is another less common form known as Iatrogenic Cushing’s syndrome. Although this syndrome occurs naturally, extended use of steroidal medications have been proven to facilitate this alternative form of the disease.

Commonly used steroid medications such as cortisone and prednisone are used to treat swelling, allergies, and disorders of the immune system. These medications are absorbed into the bloodstream, which can bring about Iatrogenic Cushing’s syndrome. Fortunately, if this occurs, the disease usually goes away if all steroid use is discontinued.

How Long Does a Dog Live with Cushing’s Disease?

The remaining length of life following a diagnosis of Cushing’s disease in dogs depends on several factors. The common consensus among veterinarians concerning prognosis is that, even with dog treatment for Cushing’s, a canine’s chance at a long life is slim.

Treatment for Cushing’s Disease in Dogs

Prognoses of dogs with smaller tumors (usually tumors of the pituitary gland) are better due to the fact they are able to take medication to combat it. Medications such as trilostane (Vetoryl) and mitotane (Lysodren) have been found to be effective. 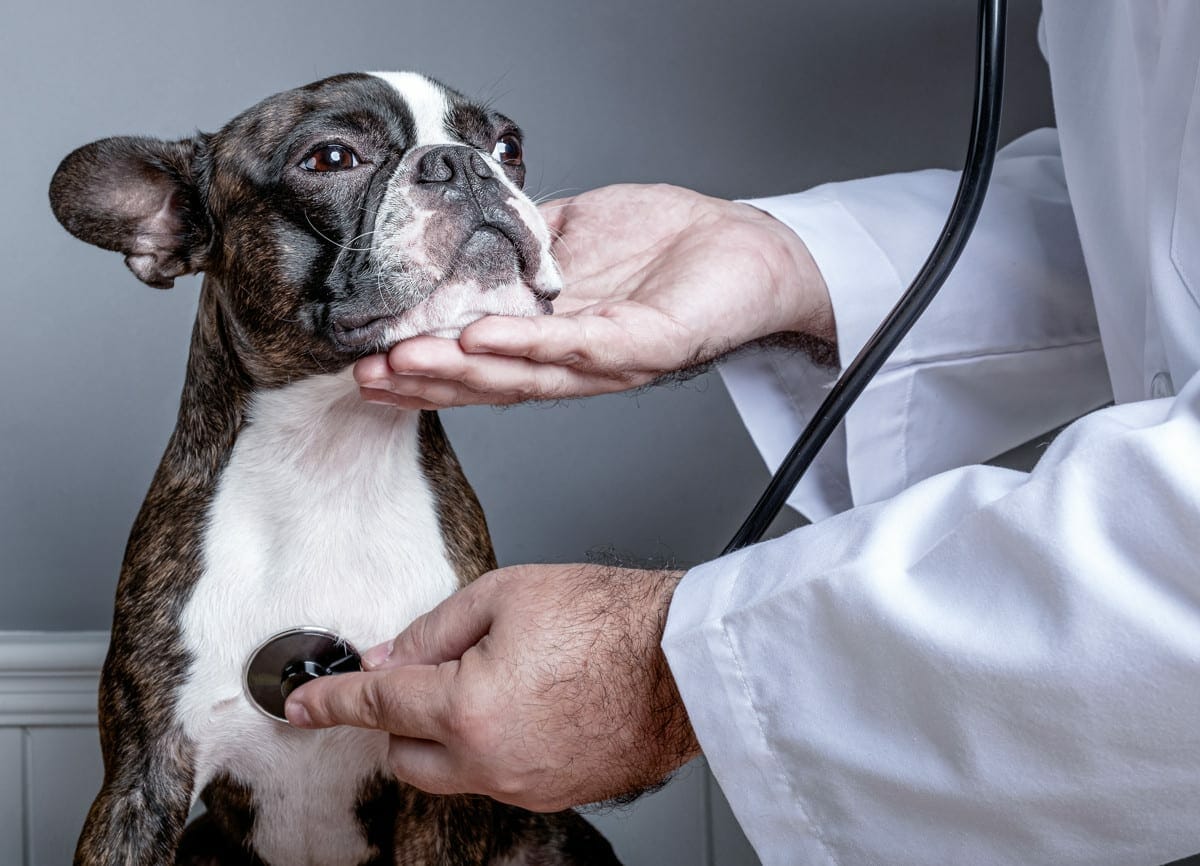 Trilostane and mitotane are orally administrated medications that work to carefully eradicate the faulty parts of the adrenal gland in order to enable the pituitary gland to release a healthy amount of cortisol. If cortisol levels do not reach a normal state after a set time, it can be assumed the tumor is failing to respond to the medication. Other modes of treatment may then be suggested.

Larger tumors (especially if they are malignant) naturally have a poorer prognosis. The only true cure is to remove it, but the techniques currently in use are risky and further developments in terms of methods of removal are needed.

Even though the symptoms of Cushing’s disease and treatment seem to be on the dismal side, the largest population of dogs diagnosed with the condition are of old age. It follows that many within this population more often die of age-related reasons rather than Cushing’s disease itself.